How to Power Canon Cameras

As everyone knows, Canon is the name behind many popular professional cameras and lenses. Although they also have their own line of power solutions for their array of cameras, power solutions are our “bread and butter,” and offering versatile battery solutions that can power the cameras plus accessories for your production are where we excel. 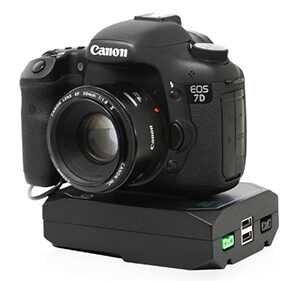 To start, let’s cover all the cameras that accept LP-E6 battery types. The go-to battery for these cameras will be the 49wh Powerbase Edge which is the most versatile pack on the market – As some like to call it the “swiss army knife” of batteries. It will either mount to the bottom of the camera using a ¼-20 screw mount which keeps the setup super compact while still receiving long runtimes, or if you have it set up as a rig, it can mount using the V-Mount on the other side of the pack. The battery is feature packed with two P-taps and two USB ports for additional accessories or to even charge your cell phone. In addition, it has a multipurpose runtime LCD to provide remaining runtime in hours and minutes when connected to the camera as well as remaining charge time when connected to a charger. The appropriate Powerbase Edge model for these cameras will be the PBE-LPE6 which comes with a LP-E6 adapter cable and p-tap charger.

The Powerbase Edge also has a model for the Canon C100 and C300. The model to power those is the PBE-C100. If you happen to already own a Powerbase Edge and are just looking for the adapter cables alone, they are available for both camera types as PBEC-LPE6 and PBEC-C100.

There are many more cameras and power to discuss so let’s move onto one of our most popular Canon products, the NANO-C98, which is the battery comparable to Canon’s BPA style pack. Therefore, the NANO-C98 works with cameras including the Canon C200, C300 Mark II, C300 Mark III, C500 Mark II, and C70. It’s the only BPA style pack on the market that is equipped with a p-tap and USB to power additional accessories, minimizing the need for additional batteries for on-camera monitors, wireless transmitters, etc. In addition, it has a LED gauge to view remaining power and will charge on OEM Canon chargers or with a p-tap charger. 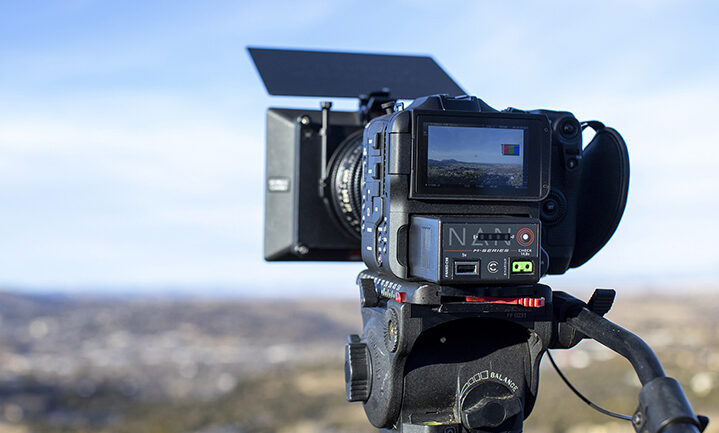 If you own one of those cameras and are looking for brick style battery options, we have you covered with various mount plates for specific cameras and then of course the batteries as well to top it off. For the Canon C300 Mark III and C500 Mark II, there is the micro v-mount (CXV-C3MK) and micro 3-stud (CXA-C3MK) plates which directly mount to the accessory bay on the back of the camera and have a DC 4-pin XLR cable attached. If you have a rod style rig and looking for a rail mount plate, there are two more options for these cameras available – The standard one plate which is the RMV-XLR(v-mount)/RMG-XLR(3-stud) or the two plate shark-fin which is the RM-GPTS-XLR(v-mount)/RM-GPTA-XLR(3-stud). Both style plates are equipped with the DC 4-pin XLR.

All of the plates mentioned above also allow the cameras battery bay to be available for an internal pack too, making it capable to hotswap your on-board pack without losing power. 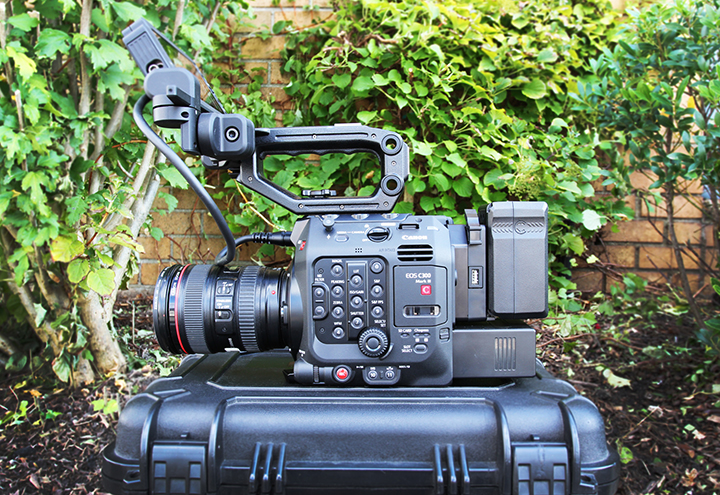 Phew, that was a lot of info already but we didn’t even get into the brick style battery packs yet so stay with us 😉

Our newest battery series are the Nano Micro packs and although they will work with any plate mentioned above, they are the perfect size for the micro plates. They are available in 98wh with a 10A load and 147wh with a 12A load, in both v-mount and 3-stud. Additionally, they are equipped with an unregulated p-tap and a 5V USB port, and a 4-stage LED gauge to view remaining power. 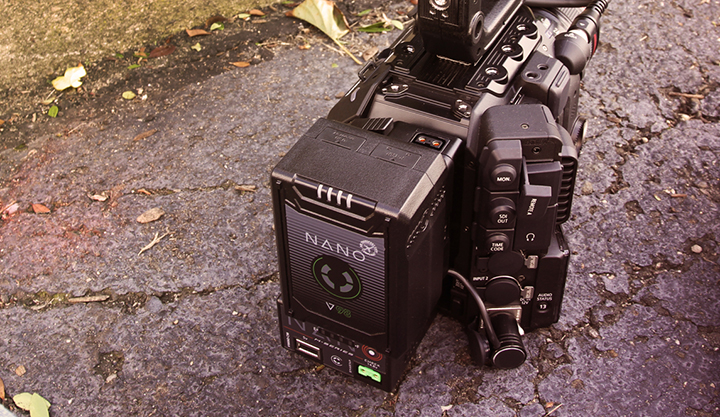 For an even more advanced pack that is a bit larger, we have our Hypercore NEO series which are also in 98wh (NEO 9 Mini and NEO Slim 98) and 147wh (NEO 150 Mini) capacities. The packs in the NEO series are capable of handling a 12A continuous load/16A peak and up to a 2K cycle rating. They are outfitted with an intuitive multipurpose runtime LCD, RFID to view battery vitals via an app, p-tap, firmware upgradeable USB, 4-stage LED gauge, rubberized housing, and storage mode. 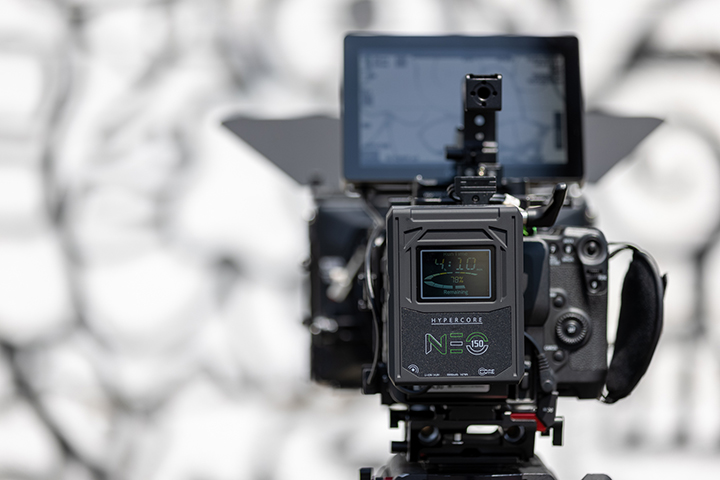 Furthermore, we offer a dual voltage battery series called the Helix series which comes in handy when you have both standard voltage and high voltage equipment in your kit. They have all the same features as the NEO series (except no USB), but in addition to operating at standard 14.8v, they can operate at 28v when coupled with a specific Helix mount plate. None of the Canon cameras require high voltage, but we still like to mention it in case you have another device as part of your kit that does such a LED panel.

All of Core’s 98wh capacity and under packs are UN tested and certified, passing UN38.3 certification, allowing them to be air travel compliant.

We hope this covered all the ground work for you to get your Canon camera’s powered up. If you have any additional questions, please feel free to contact us.