Mathieu Cowan Heads to the X Games with Hypercore 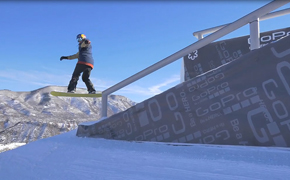 Action Sports Cinematographer, Mathieu Cowan, also known as Sunset Films, headed to Aspen, Colorado to film Professional Snowboarder Sebastien Toutant at the X Games. This year was just as great his other four times filming at the X Games, as he said the weather was on their side during the contests Sebastien Toutant was competing in. Toutant won the Silver for the Men’s Snowboard Slopestyle Final and received fourth for the America’s Navy Snowboard Big Air Final.

Cowan made sure he wouldn’t miss one of Toutant’s big moments by relying on Hypercore-98RED’s to power his Panasonic Lumix GH4(using the PTC-GH4 cable). He commented that the batteries made a big difference for him this year because he has to shoot between 3-6 hours straight every day, and the batteries can handle the cold conditions very well.

Although he can assure himself he won’t run into any issues with power, there were some challenges that were out of his control. The biggest one he came across was with the strong winds during the Slopestyle Final because he always shoots from a mile away with a long lens, and those two things don’t mix well together. As we knew he would, he managed to overcome the challenge to get the perfect shot.

Next up for Cowan is a shoot for CCM in Edmonton, Canada with an NHL superstar toward the end of February. In between now and that shoot, he would like to finish filming Sebastien Toutant on Mt. Royal in Montreal for a snowboarding part, but they need it to snow there first in order to finish the project! After that, he will be able to escape the snow and head to Florida in March for a golf shoot.