Young Steadicam Operator, Calvin Falk, recently graduated from NYU Tisch Department of Photography and Imaging. During his time there and since graduation, he has been working on dozens of sets to film for shorts such as What Here Needs Love, features such as Pledge, and music videos for artists such as Extra Key. When our team was browsing through our social media channels, we noticed Calvin relies on Hypercore battery packs for power and counterbalance on his rigs. Take a look below to see where his career has taken him so far and where he hopes to be ten years from now. 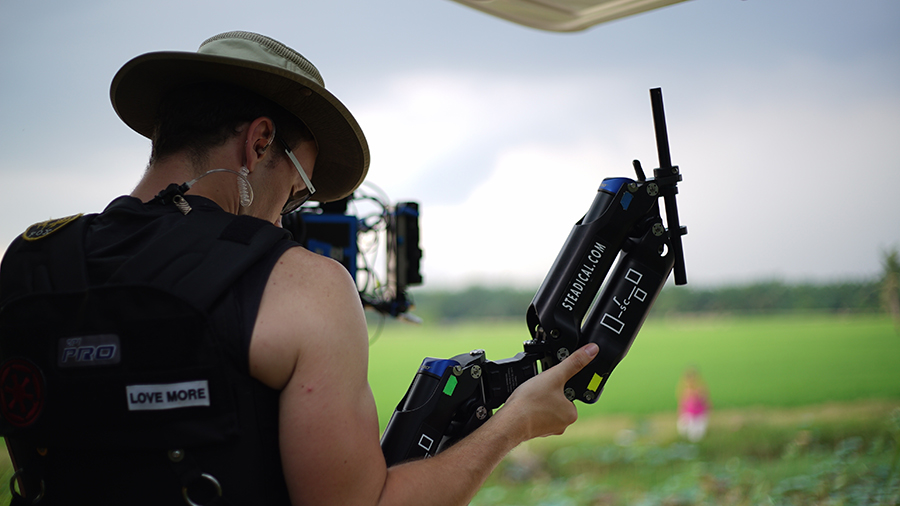 1. Tell us a little bit about yourself and your Steadicam work.

I am a freelance Steadicam and Camera Operator Based out of New York City, I have been working as an operator for just about two years now. I went to NYU for studio photography but switched my career path during my studies. On my first film set as a camera PA, I saw a Steadicam operator working and I was hooked. That same operator later sold me his small Steadicam and I got started on NYU Student films.

My work mostly is in Non-Union Short films and Music Videos produced in the Northeastern United States. I have had a few days on Indie Features and I am working on my first Long-form Episodic Narrative this winter. Many of the DPs that I work for have me as their total Camera operator for the entirety of their films which is where I am at my happiest. Nothing is more exciting to me than the moving camera.

2. Were there certain Steadicam operators who inspired you to become one yourself?

I must credit the first operators I got to know when I was first interested in steadicam as my inspiration. They are Matthew Perez, Pat Morgan and Victor Lazaro who are also based in New York. I bought my first rig, a small Tiffen Flyer LE, from Perez and got started with the advice of these three operators. I am inspired by the work of Scott Sakamoto and Larry McConkey and aspire to create masterful shots like they have one day.

3. What was one of your favorite sets you worked on and why?

My fondest on-set memories come from a Western Drama Short film I was the Camera/Steadicam operator on in July of this year called That Moment, Lostby director Carter Jones. It was shot by cinematographer Armaan Virani. The film was shot on a combination of 16mm film on an ARRI 416 Plus and 35mm film on the Panavision XL2. The crew was flown to Austin, TX where we rented most of the equipment from. We then drove north to Duncan, OK for the shoot.

The Production design of this film was beautiful, the locations were stunning, and we captured it all through our two film cameras. I flew both cameras on my Steadicam over the two weeks we were there. The crew endured rough terrain and scorching sun, even a torrential rain storm that stopped one of our shooting days cold. The fabulous camera department of Emma Hing as 1stAC, Colton Huynh as 2ndAC and Ryan Beggs as our Loader was unstoppable. Each department was assigned a pickup truck to get us in and out of locations, and the nightly stops to Dairy Queen kept morale up. That production will stay with me for my whole career because of the challenges we faced as a crew and the great people I spent my time there with. I continue to work with these close friends very often.

4. What gear do you use and how is the Core SWX beneficial to your productions?

As a Steadicam Operator, I look for batteries that have a uniform shape and weight to serve the dual purpose of powering cameras and accessories as well as counterbalance on my sled for the cameras I operate. I own eight HYPERCORE-98 AG and the FLEET-D2A charger. I adore these batteries mainly for their TSA compliance because I fly often with my batteries as carry-on in their Pelican Case. The Dual charger is perfect for me since it fast charges the batteries and keeps me powered throughout the shooting day. In effort to save a few grams on my camera weight I prefer to power the camera through my HYPERCORES on the Sled. Their D-Tap and USB power ports are incredibly useful to power additional accessories as well as charging my phone while it sits on my cart all day. The USB port is a favorite feature for the rest of the camera department as well! 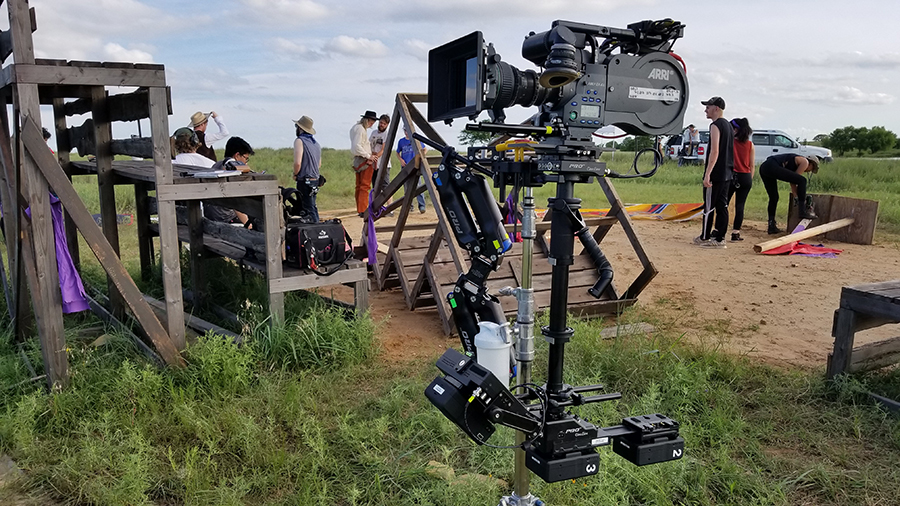 5. Where do you see yourself 10 years from now?

I can’t think of myself doing anything other than Camera Operating, I am fortunate to have stumbled on this profession while I am still quite early in my Film career. I am at my happiest behind the camera, working with Directors of Photography to bring the camera movement they envision to life. In 10 years, I want to be doing the same thing, but on bigger and bigger productions. I’d love to work on a high budget science fiction feature one day, which has been a dream of mine. I want to work with more and more talented crews. I want to be the best operator that I can be, and continue to make lasting friendships with those I work with.