One day while checking our Instagram, we received a notification that Chris Ray tagged us in a video from the DC Shoes Initials Tour. After getting in contact with him, we discovered that he uses the Bolt 220 when he films professional skateboarders and loves it. He has filmed many live skateboard events including Street Leagues in various cities, as well as videos for Transworld and DC Shoes.

Chris Ray’s career began when he decided to go skateboarding with his friends at 11 years of age. A couple years later, they came up with the idea to make their own skate video, which Ray took upon himself to film and edit. He instantly fell in love with holding a camera and getting the chance to shoot his friends made him love it even more. After high school, he moved to Reno and came up with a bunch of skate spots to show teams when they came into town.  There wasn’t great interest until Ty Evans came into town for the Hot Chocolate tour. Ray took out his laptop to show Evans the skate spots and Evans liked what he saw so he asked Ray for his number. Building a relationship with Evans was what Ray needed because it led to Evans helping Ray. Eventually, Ray landed a gig to be Brandon Biebel’s personal filmer and being hired by Lakai. From there on out, his career kept growing.

Ray finished helping with Lakai’s Fully Flared when Transworld offered him a full-time position which was a big deal, making it the most memorable day of his career thus far. Working for Transworld gives you the opportunity to work on big features and become the main filmmakers of skateboarding.  He knew being hired by them was going to have a huge impact on his career. Currently, Ray is in charge of anything Skate video related at DC Shoes. Half the year, he’s busy traveling with the team, and the rest of the year he’s editing. Needing a lot of content, the DC gig keeps him on the editing a lot but he enjoys seeing all the projects come together. 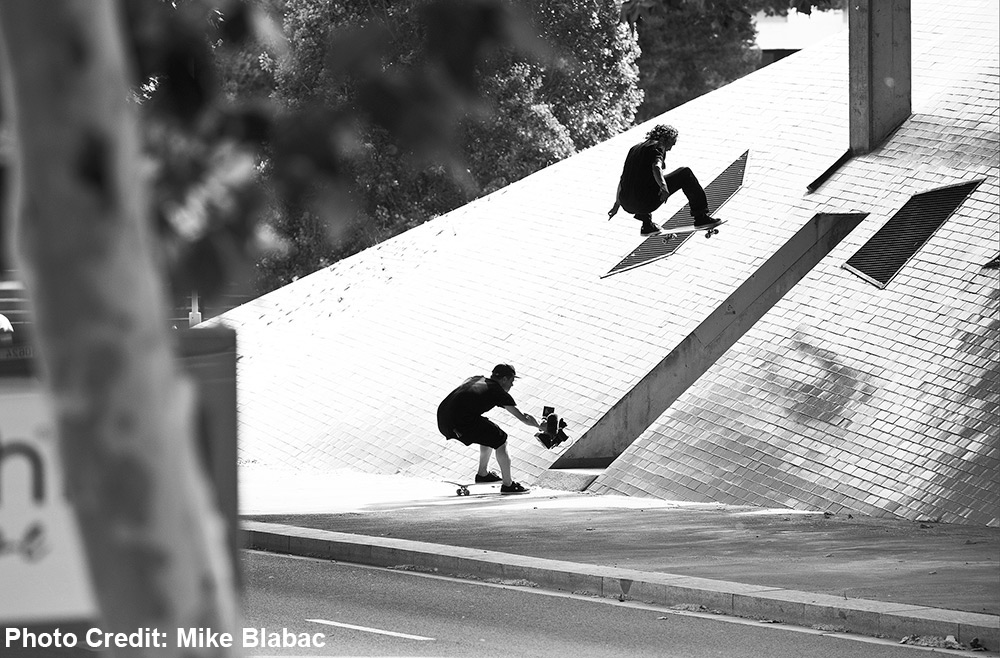 When Ray has free time to film he said, “I’m out with the dudes skating around LA or San Diego.” He films with the RED Epic and since it’s already a heavy camera, his favorite feature about the Bolt 220 is that it’s small and can plug straight into his RED battery. Also, with skateboarding, much of the shooting is “run and gun,” so sometimes he skates thru the streets with just the Bolt and a fisheye on his Epic which makes it more convenient.

Ten years from now, Ray wants to still learn and push himself in filmmaking. He sees himself working on more non-skate projects so the non-skate world can appreciate what he does. He recently started a website with some friends called “Flying Strangers” which is where he’ll post his features and other ideas that he or others may have.

From a youth skateboarder to being a professional filmmaker and video manager at DC Shoes, he’s had a very successful career. We’re excited to see what else the future will bring for the talented, creative Chris Ray.