Craig Charlton is a 26 year old Cinematographer and Editor from Manchester, England, who works on a variety of content from commercials, to music, fashion, fitness and corporate videos. He films with a RED Scarlet-W and relies on Hypercore Slim RED battery packs to power him through productions. Craig received our attention after constantly tagging us in behind the scene photos on Instagram. Of course since we always appreciate seeing so much love and support from our clients on social media, we reached out to him. See below the interesting way he gained an audience in the beginning which really sprung his career.

My career got started back in 2011, when I bought my first Canon DSLR camera and 50mm lens. I sold my motorbike at the time to get enough money to buy the camera. I started filming my friends skateboarding and free running as a hobby and put the videos together in my spare time and uploaded them on YouTube. I started to get views and got asked to film other projects for skateboarders and free runners.  I then entered a competition for MTV to film a new homemade commercial for them. The winner would get their video played on MTV for a few months as the prize. I managed to win the competition and from then seeing my videos on TV excited me and it started to become more than a hobby.

I had a friend who was in a band at the time called Driven Overboard and we decided to get together to shoot a professional looking music video for them for free. We chose to shoot in an abandoned power station and school as a performance video. The end video turned out to be my best work at the time and looked professional. From here onwards I have been asked to shoot music videos for a number of Artists and bands in the UK and I shot two music videos and a fashion film in Sydney, Australia.

I managed to buy myself a Red Scarlet Weapon camera in 2016 after a long time of saving and working hard and went into full freelance work in 2016. Since then I have shot music videos, fashion videos, corporate, commercials and fitness videos. Working with some great production companies, creative agencies and other freelancers.  I feel like this is just the beginning for me and I am excited for what the future holds for me in my career path. 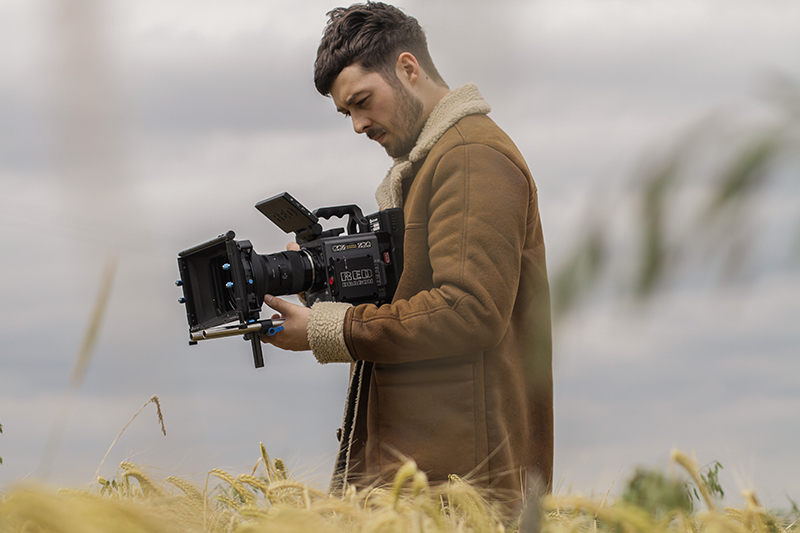 2. If you had to pick one project as most memorable, which one would it be and why?

The project most memorable for me was a music video I directed and shot in Sydney, Australia for an artist called Luke Antony and the song was called Separate Ways.  This was the first project that I fully scripted and wrote an in depth story for by myself from start to finish. It took a total of two months of preparation to complete before the filming even started. I had to source all the locations, actors/actresses, camera equipment, clothing, makeup artists and props. All this in a country I didn’t live in, I had to start from scratch with no connections.

The video shoot was meant to be a one-day shoot and ended up being three days. This was due to weather and it being winter in Sydney so it went dark earlier than the rest of the year.  I had a friend in Sydney who owned a Red Epic Dragon camera at the time; this was the camera we used for the video. He let me use the camera for an additional two days free of charge.

The video was played on MTV music and other music channels on TV. It was also picked to be entered into two music video festivals and played alongside Radiohead and lady gaga music videos. It was also the main single for the Berlin LGBT pride festival, which the Artist headlined.

3. Can you think about a certain production that was more challenging than others, and how you overcame it?

My first music video for Driven Overboard I shot was the most challenging at the time. First of all the drummer had forgotten his stool so we had to search around the area to find something for him to sit on to play. Luckily we were shooting in an abandoned power station with lots of old junk around. We managed to find an old vacuum cleaner, which we used in the music video.

We shot three quarters of the performance scenes and one of my CF cards with the footage on corrupted on set. We lost all the footage and had to drive 30 minutes to the nearest store to buy more CF cards and shoot the shots we had already done again. This was time consuming but because it was summer we had light until 10pm in the UK.

The police turned up during the shooting of the video. We hadn’t got any permits to shoot because it was a none budget production. They tried to make us leave the location. After talking to them for a while they allowed us to stay and finish the shots.

Despite all of the setbacks on the shoot day, the video turned out as good as I hoped for at the time.

4. What Core SWX gear do you use, and how is it beneficial to your productions?

The Core SWX gear I use is the HC7S Hypercore Slim V-Mount batteries. I own three of these and will be getting more in the future. I shoot a lot of work handheld; most of my clients like my handheld work, so having small and lightweight batteries are a must. I am sometimes holding my rig on shoots for 6 or 7 hours. Sometimes you get the privilege of an easy rig to take the weight but most budgets don’t allow this.

The Slim Core V-Mounts charge very quickly, which is great for the long shoot days when you need to keep switching out batteries to charge. The batteries last about one hour and twenty minutes each on my Red Scarlet-W with a full rig.

The batteries are also great to take with you on the plane. They are safe travel. I’ve worked in Europe a lot before and I wouldn’t go without my Core SWX batteries, they are a must for my type of work. 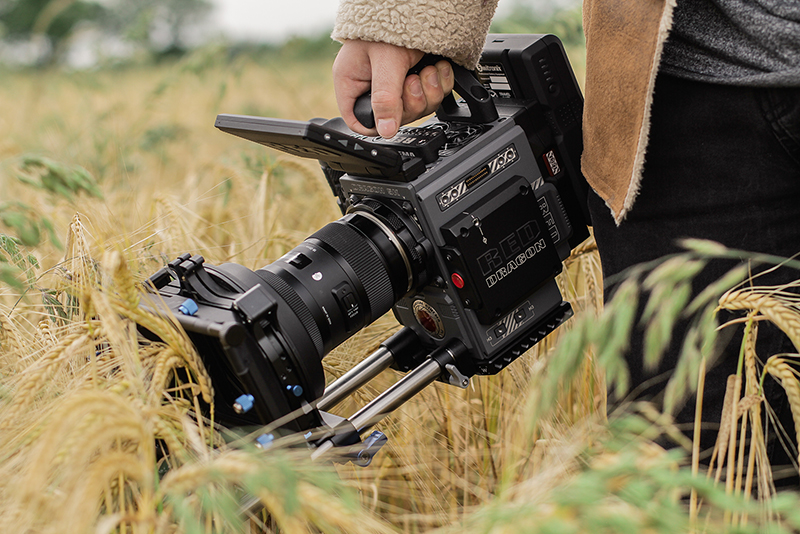 In the future my end goal is to be able to open my own production company and be able to employ, passionate creative people to help create the best visuals, concepts and ideas. Taking client business and products to the next level. I do this already now but for other production companies and agencies. It’s great and amazing that I get to work in what I love doing each day, but there is nothing like having your own company in the end.

Take a look at Craig’s work on his Vimeo page, and see behind the scenes on his Instagram.