UK based Production Company, Dead Pixel Films, rely on Hypercore Slim 98 to keep their Sony FS7 and SmallHD directors monitor powered up during their shoots whether it’s for an outdoor adventure, action sports, or food video content. We caught up with the founder of Dead Pixel Films, Cal Thomson, to ask him a few questions relating to his company, their creative process, and what’s to come. 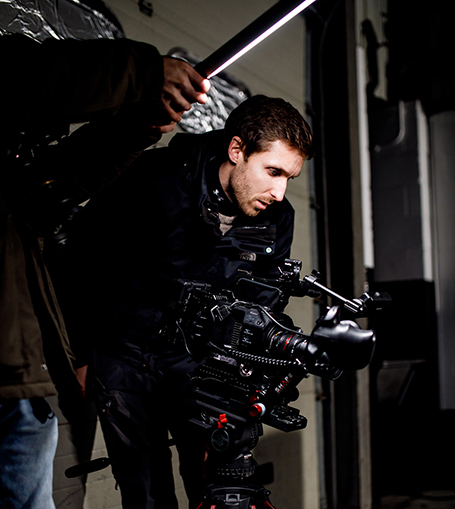 1. Tell us about your career and Dead Pixel Films.

I’ve been making films for as long as I can remember. As a teenager I was gifted a min dv cam for Christmas. I created WW2 short films and jackass type skits with my brother stupidly setting each other on fire and riding bikes into bushes.. The passion for film-making developed further as I studied production at Film School. I created over 20 short films/ studio projects a year and made as many mistakes as possible. All learning experiences of course.

After graduating university I moved blindly to Manchester, UK from Yorkshire with the drive to make film-making a full time career. Manchester is known as the Northern Powerhouse and the largest creative hub in the UK outside of London. I started as a freelance camera operator shooting everything and anything in Manchester. I networked with as many people as possible and I slowly increased my skill set and kit list. I shot over 50 weddings a year for the first few years of my career and learnt how to work fast and efficiently. I then progressed into broadcast camera operating and worked on a number of large TV productions and commercials for the likes of Manchester City Football Club and Superdry. Noticing the push into online video marketing I set up my own production company ‘Dead Pixel Films’ in 2017 focusing on outdoor adventure, sports and food video content. We love working on anything fast, fun and creative.

2. What was one of your memorable productions and why?

One of my most memorable productions was recently filming for a vinyl wrapping company who asked for a ‘Top Gear’ style film featuring their Porsche 911 GT3. I brought in a small team to create the video and photography assets. We headed to a Formula 1 track in Kent on the south coast on England on a cold grey day in January. We had a few hours capturing close ups and incidental shots of the car in the garages and then we were out on the tracks. I had 20 mins to capture everything on the track. As film-makers you’ll know that 20mins flies by as originally we were supposed to have 4 hours. I had to schedule everything to the minute. 6 minutes of car to car Movi filming harnessed in driving at 70mph. 6 minutes of long lens handheld slow motion filming from the back of the car. 6 minutes of tripod based long lens shots following the car around the track and then 2 minutes on the start line getting one take of the car heading off the start line. Between myself and my assistant frantically de-rigging the Movi to put the camera onto a tripod we made it work.

Thankfully everything was probably planned with safety being a priority. It was stressful but we got everything we wanted in the end!

The creative process always begins with the idea. We often work with creative agencies who already have established briefs and want to bring my team in to fulfill the production side of things. Sometimes we work with brands who give us complete creative control to make what we want. We do a lot of research beforehand crafting moodboards and finding examples online. I like to keep my ear to ground when it comes to the latest tech and innovations in the film-making industry.

4. What Core SWX products do you use and how are they beneficial to your productions?

I’ve used the HyperCore Slim 98 v-lock batteries for the past year with our Sony FS7 kit. It powers the camera for approx 6.5 hours meaning I very rarely have to switch batteries during a production. I love that it has a dtap connector as I often have to power a Teradek sending a signal to a client monitor. I also use a Hypercore v-lock with a handheld directors monitor which powers my SmallHD 702 and Teradek receiver. I’ve hiked up mountains, hung off skyscrapers and out of planes with this rig and touch wood it’s not failed me once. 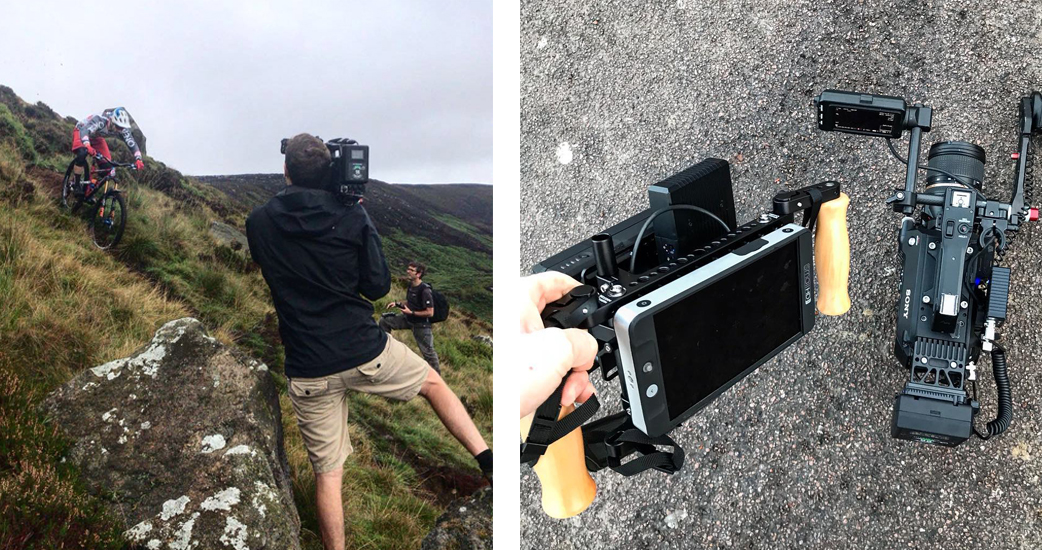 5. What exciting new projects can we look forward to seeing next?

I’m working with a lot high end food brands and automotive companies on behalf of creative agencies. I have a week long shoot coming up chasing cars around the hills of Northern Spain. Sadly I can’t mention the brand yet but let’s just say it’s going to be fast, fun and I can’t wait!

Keep up to date with Cal Thomson and Dead Pixel Films by checking out their website, and Instagram.