California based Sports Cinematographer, Domenick Satterberg, has been filming professional sports for 14 years. He is also a Senior Video Producer at California State University, Fresno. While on the field, he stays Core Driven with Hypercore 98wh packs to power up his ARRI Amira and Sony FS7II setups. See more about Domenick’s career and how Core SWX packs are beneficial in his Q&A below.

1.Tell us about yourself and your career.

Have you ever been to a NFL football game, sat in the stands and only watched the camera guys on the field? That was me when I was 19 years old at a San Francisco 49ers game. I have always enjoyed watching football but appreciate cinematography much more. After film school I was accepted to a camera department internship at NFL Films in Mt. Laurel, NJ . That incredible opportunity launched, what is now, a 14-year career shooting sports professionally. In additional to my freelance shooting gigs, I work full-time in higher education as a senior video producer at California State University, Fresno. 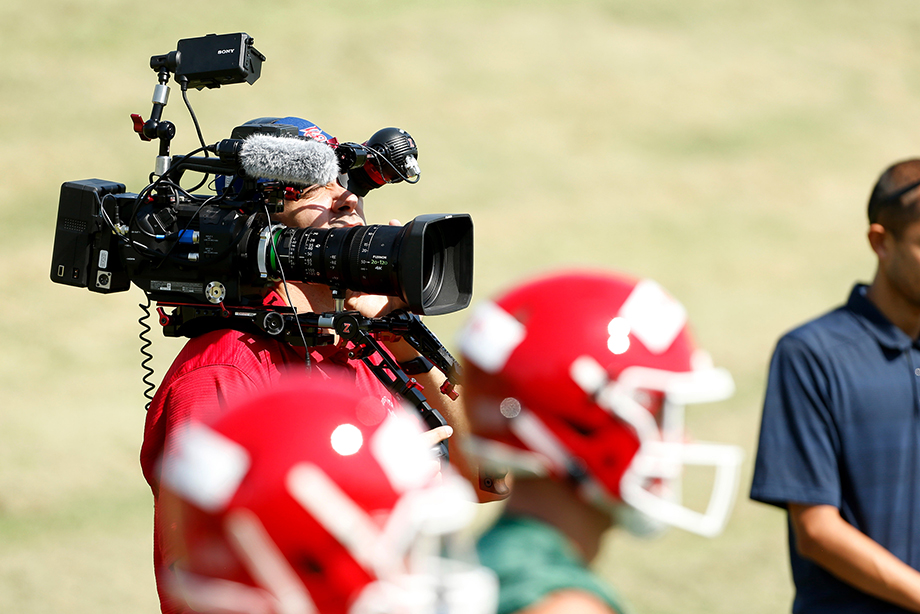 2. Is there a specific sport you like filming the most? And what was one your favorite games you got to work on?

American football is definitely my favorite sport to capture. To me, a story emerges with each snap of the ball. That is why I love it. A favorite game that comes to mind was the 2016 NFC Divisional Playoff game between the Packers and Cardinals in Phoenix. The playoffs are always an exciting to shoot because one team moves on and one team’s season come to an end. Sometimes the best storytelling shots are captured after the final whistle blows.

3. Do you come across any challenges while filming, and if so, how have you overcome them?

Weather during the football season can be a big challenge. Everyone loves to shoot when it’s 75° and sunny, but once the rain or snow starts to fall, only those most prepared, get the coveted shot. Coming prepared to the games with the proper gear is essential to shooting in any element. Like seeing a players’ breath backlit by the sun on a wintry afternoon makes for an epic experience that tells the viewers at home not to be fooled by the sunshine. As a native Californian I like the excitement of shooting and navigating the elements. In moderation, of course.

I primarily shoot handheld, and rely on the Core SWX Hypercore 9 Mini batteries, not only to power my Amira, but for their lightweight design as well. I always travel with five batteries and my Core SWX Fleet Micro dual charger. On any given shoot you will find two batteries on the charger, two batteries with my assistant and one battery on the camera. I also use the Hypercore 98 v-mount batteries to power my Sony FS7II setup. Because all my Core SWX batteries are TSA compliant, they travel with me all over the country and keep me shooting for days on end. 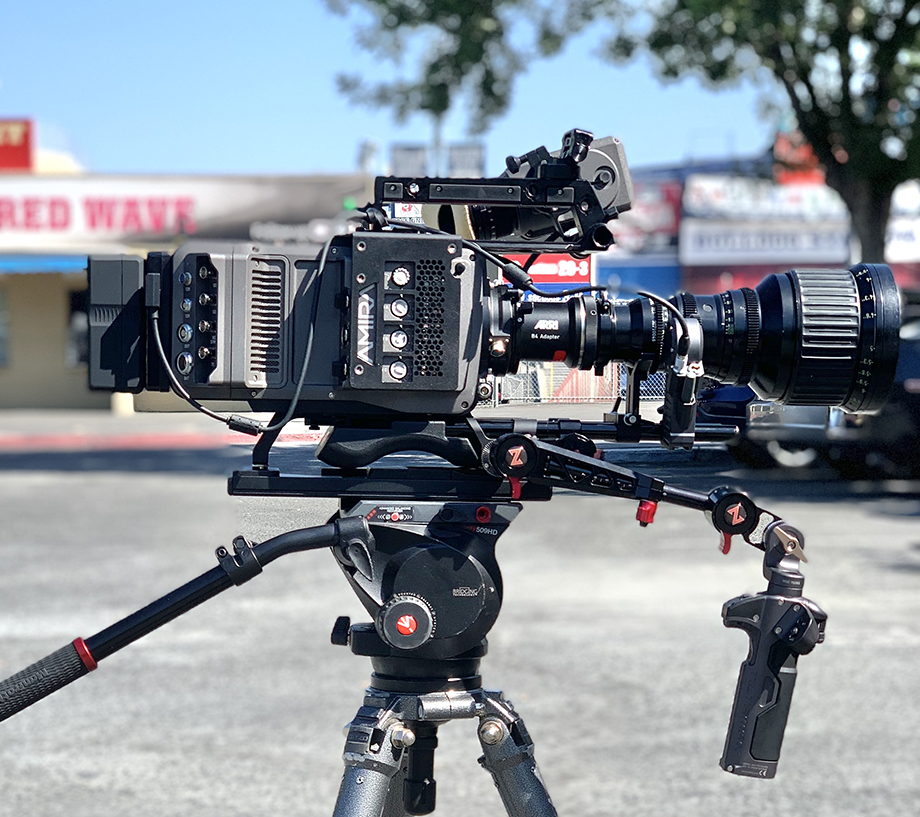 5. During this unprecedented time, what have you been doing to keep busy?

Like most, all freelance opportunities for me have been put on hold or cancelled. With all my gear laying around going unused, I decided to turn my garage into a makeshift studio and launch a YouTube channel. With everyone hunkered down at home, I thought that I can try to bring some valuable content to aspiring sports cinematographers around the country.

In addition to checking out Domenick’s new YouTube channel, you can catch up with him on Instagramas well.