Social media is an important part of today’s society and without it we wouldn’t be able to connect and discover many people who are fans of Core SWX gear such as Kevin Otterness, founder of Posthouse Pictures. After Kevin purchased a RED camera, he was researching several different brands for some powerful batteries which led him to deciding Core SWX because value, track record, and support. He instantly became a prominent fan of the XP-L95RED batteries and also supports the fact that “Core SWX is listening to its customers and taking interest in indie filmmakers like myself!”

Everyone has an interesting story of how his or her career started which is no different from Kevin Otterness. He realized he wanted to make movies and entertain audiences for the rest of his life right after he saw the first Star Wars movie back in 1977. Soon after that, his aunt introduced him to stop motion animation, which amazed him with what you could create with an 8mm camera and a roll of film. Now, he’s a cinematographer, director and editor of his own production company, Posthouse Pictures. His company provides services for feature films, documentaries, commercials, indie, corporate, music videos and production of original content. 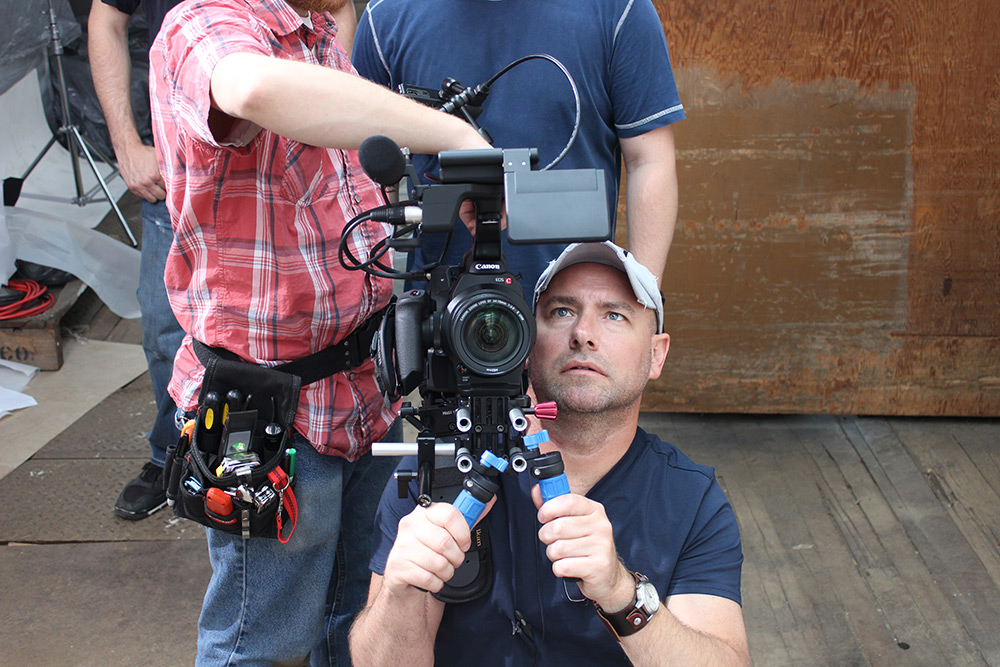 Throughout the years, Kevin had a chance to work with many talented people on both sides of the camera for his productions so it was difficult to choose one of his favorites; however, he was able to pinpoint an exciting project where he was actually in front of the camera. He was casted as an FBI agent in Transformers: Dark of the Moon, and then brought back as a featured extra on Transformers: Age of Extinction. It was something he never saw himself doing, but since he was able to get direction from one his most inspirational directors, Michael Bay, it was exciting for him. The experience also opened his eyes more as a director to understand where the actors are coming from on set. Although he enjoys every role of a production, he enjoys directing the most because it allows him to still get behind the camera as well as be a part of the editing process.

When Kevin isn’t out on-location filming or in pre-production, he spends majority of his time in the editing suite. The name “Posthouse” actually came from Kevin spending most of his time working in post-production from his home studio. He doesn’t always use the suite just for editing though. One very valuable part about his business is keeping up with social media because he likes to share his day-to-day life as a filmmaker to inspire others, and make new connections with potential clients and other filmmakers.

Down the road, Kevin would like to see himself as a director on a feature film. It’d also be an honor for him to have a chance to collaborate with other filmmakers such as Vincent Laforet and Shane Hurlbut. He stated, “these are two very talented guys who know their craft,” so hopefully one day he will get that opportunity.