At Core SWX, we always love to stay connected and make connections with our industry friends. One way to do so is through social media. Through Chrilleks Production, and social media, we connected with the client featured, Liam Murphy.

We’re thankful that social media provides us a vehicle to connect directly with our loyal user base, and learn about each one of you. Read below what we discovered about Liam Murphy, and be sure to share your photos on social media to see if you might have the chance to be featured next!

1. Tell us a little about yourself and your company, Liam Murphy Films.

I’m an Independent British filmmaker, producing edits in the extreme sports and automative world. My company started producing short web videos and naturally progressed to commercials, documentaries and editorials around the world. Eventually, I’d like to make a few attempts at some independent feature length films. But for now, I find true excitement in making engaging product editorials. It’s a challenge to make an audience engage in an editorial based around a product, but overcoming that and engaging the viewer in a story is a massive thrill for me. This might be a thrill I’ll never find in indie films, so for now, I’m staying here. 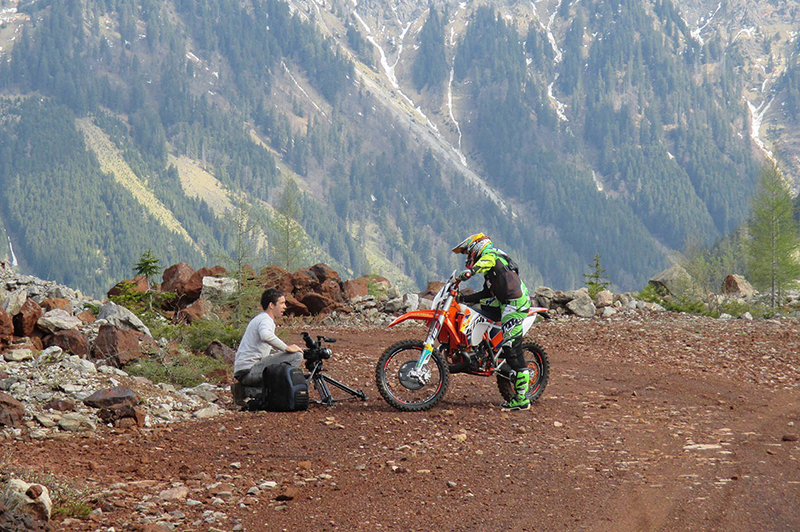 2. If you had to pick one project that stood out as most memorable, which one would it be and why?

Without doubt, the Ambitions project with Emily Batty and Adam Morka. I briefly met Emily a few years ago in a World Cup Mountain Bike Race, where we rattled out a short interview whilst I was filming another project at the same event. Two years went by and the thought of making something more committed had never really faded. Adam, Emily’s coach, had an idea of following Emily’s path to to the Olympic games in Rio. It’s kind of all we had, but we knew a collaboration between Emily’s story and my filmmaking would produce something unique. A week later I was on a plane to Canada to film the first episode of Ambitions. Filming was natural and organic, which is exactly what it needed to be. It’s rare to find such small, productive team that worked so well together, which is completely evident in the end result. To date, we’re on 9 episodes of Ambitions with over half a million views.

First, I want to see who it’s for. I don’t mind the subject as variety helps me develop as a filmmaker. Second, I try to think what my opinion as a viewer would be of what I’m about to produce. I don’t want the audience to see my workings, it needs to be seamless and immersive. I’m fearful of wasting the audience’s time. I believe there’s a natural trust between viewer and filmmaker, which is something I implement in every one of my films.

4. What Core SWX gear do you use, and how does it benefit your productions?

I have three Core SWX 98R Batteries and they’re all metronomic. They’re still giving exactly the same amount of battery life as when they were brand new. Hypercore batteries kept showing up on my Instagram feed, the guys from Chrilleks, Kevin Otterness and Motion State were all using them and they looked solid. I’m by no means a tech guy, I’m far more on the creative side of things, but it looked as if these were batteries you bought once and just forgot about. I like that. 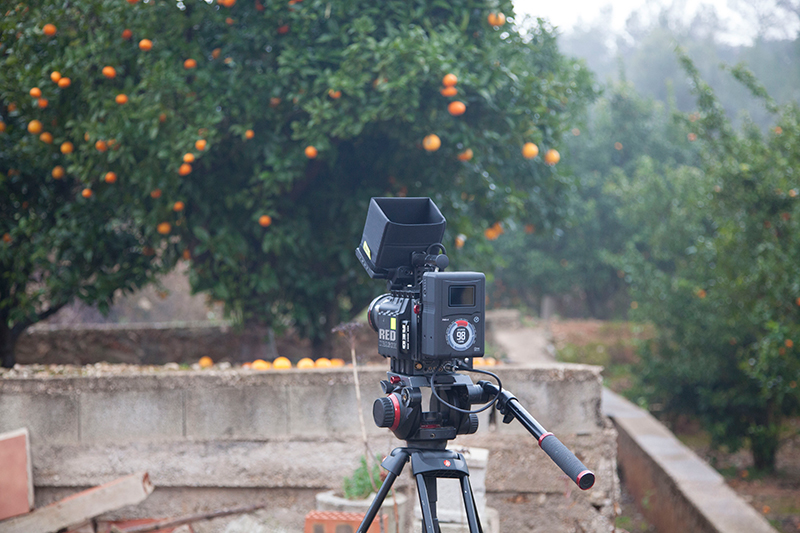 I want to tell a really good story that involves advertising. I don’t think calling something ‘commercial’ is something to be ashamed of. I like the juxtaposition of a story based commercial, mainly because of its difficulty. For example, I’m one of the few people I know who enjoys the advertising at airports. I rarely buy the end product but I appreciate the art involved in the production. No one messes up on an Audi or Dior advert do they?

I have a few automotive edits coming up which are based on a similar principal. They involve a really simple form of filmmaking but deliver a grand, cinematic visual. I’m so excited by them that I think about them constantly. Products in filmmaking are often deemed unwelcome, but producing a story around them is something I find easy.