Featured this month is Netherlands based Director and Cinematographer, Maarten Slooves, who  relies on Hypercore 9 Mini to power up his productions.  Maarten recently returned from his travels to Sierra Leone to complete a short documentary called Post Ebola – Sierra Leone. Not only did the documentary help raise awareness on the work and accomplishments of the Lion Heart Foundation, it has also been nominated for The Hague Film Awards, so we wish Maarten the best of luck! Read more below about Maarten Slooves and his trip to Sierra Leone.

The power of cameras became pretty clear to me during my first travels in my early twenties. Around that time, I was also a sailing instructor and having a small camera helped to visualise my students’ performance during certain manoeuvers from an external perspective, improving their learning curve.

Over time I began to experiment with cameras and lenses, which lead me on a path to using those professionally. For some years I spent time working at an offshore engineering firm and used holidays and weekends for my creative projects. This went on for some time until, in 2017, I couldn’t resist to see what my life would be like if I would make the jump to devote 100% of my time to filmmaking.

2. Recently you went to Sierra Leone for a short documentary on Post Ebola. What was your experience like while capturing this story?

My initial goal wasn’t to create a short doc about this topic. On a yearly basis, I donate time to capture the important work of charity organisations. In 2018 I got in touch with the Lion Heart Foundation and was impressed by their work and accomplishments in Sierra Leone. What inspired me in particular was their goal to help the Lion Heart Medical Centre in educating staff, increasing resources and improving coordination with existing health centres to become completely self-supporting and thus independent from foreign financial support. I provided the foundation with multiple videos and photographs for their marketing purposes.

In the process I interviewed staff members to hear about their personal experiences with the medical centre. Their stories illustrated how passionate, proud and dedicated these people were. When I returned I decided to create a director’s cut from what I found to be the most inspiring moments in the interviews. The result is Post Ebola – Sierra Leone. 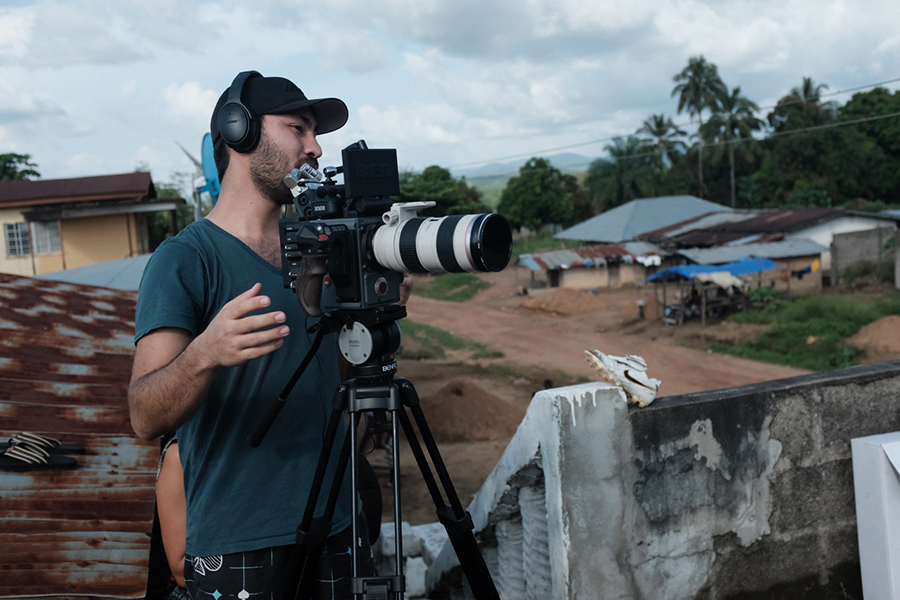 3. Did you come across any challenges while filming and if so, how did you overcome them?

In the weeks before traveling to Sierra Leone I wrote storylines and shot lists for each of the deliverables.

The whole production team consisted of myself and a helping hand from the foundation’s marketing director, so it was a fun challenge to film the interviews, shoot sufficient b-roll and most importantly, keeping a keen eye on filming the most illustrative events and experiences. Although there was quite a bit of ‘running and gunning’ involved and I felt like juggling tasks at some points, my preparations helped me to stay organised.

4. What video equipment did you use for this production, and how were the Core SWX products beneficial?

I shot on a RED Scarlet-W and mostly with a Canon FD 55 f1.2 that I modified to EF-mount. For the interviews I used the Canon 70-200 f2.8. And I brought my DJI Mavic 2 Pro for aerial footage. For audio I used a Zoom H6 with Rode link wireless microphone kit. Along with a few other peripherals, these were the most essential items.

For power I had the CoreSWX Hypercore HC9 Mini batteries (of which I own 4 now). These absolutely made my life easier. Not only do they provide a good amount of running time, they are also compact and have an LCD display showing the remaining running time as well as remaining charging time when charging. This display is in my opinion the best feature as it provides me with an extra feeling of security on hectic shooting days. 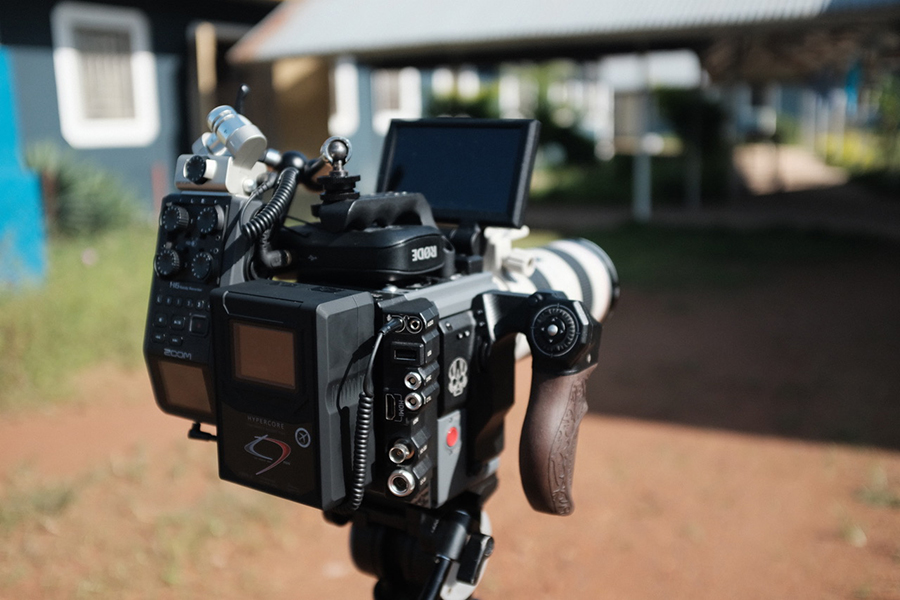 5. What other projects do you have in the works?

I love shooting documentary-style projects with a cinema camera. There are a couple of concepts on my radar that are currently in an early phase and will hopefully make it into production in the coming months.

Besides that, I am in the midst of a couple of fun commercial projects that I plan to finish in the near future and working on a passion project with a custom motorcycle designer that I am looking forward to shooting soon.