Paxeros is a Los Angeles based production company who produces various types of entertainment from branded content, to commercials, music videos, documentaries, and narrative films. To power their productions, they rely on HC9 Mini battery packs on a shark-fin plate to power their ARRI Alexa Mini. Below we got the chance to catch up with the Co-Founder of Paxeros, Sean Drummond. Continue reading to see more about who Paxeros is all about.

1. Tell us about yourself and your production company, Paxeros.

My name is Sean Drummond, I’m the CEO and Co-Founder of the Los Angeles-based production company, Paxeros. The production company was co-founded by (my now wife) Chelsea Bo and myself.  She’s a writer-director and I’m a producer, so our company was originally formed as an entity for our directing/producing ventures, but has grown into something much greater.

Paxeros is bringing an ethos-driven approach to the content we create and the way we collaborate with others. We’re a holistic full-service production company that thrives at the intersection of advertising, film, television, and documentaries by championing diverse and underrepresented next-generation creative voices. We now have a roster of 6 directors, one of which is Chelsea. Each director has honed their creative voice and excels in various verticals of content and style. We’ve pledged to make sure Paxeros’ roster is filled by at least 50% women, or minority creatives, because it’s time for underrepresented voices to be heard.

Paxeros is an eco-conscious company and we do our best to limit waste on our sets. For instance, we try to use as little plastic as possible by bringing in 5 gallon water jugs and reusable cups/bottles for our cast/crew to use and to keep. We’re all about supporting sustainability and lowering our carbon foot-print.

2. As you work on various mediums of entertainment (branded content, commercial, music videos, documentaries, and narrative film), what do you enjoy most that’s different between each one?

What I love most about these different mediums, is the inherent fact that they are different. They each come with their own sets of challenges, both creatively and logistically. For instance, I love run-and-gun docu-style content because there’s a lot less pre-production coordination and it’s all about capturing authentic, real situations or interviews. I also enjoy commercials and music videos because they are usually more stylized and there’s a certain level of artistry that goes into the creative direction and design of those projects. I love narrative because you really get a chance to dig into each character and you have more time to sit with them in a specific world.

Regardless of the type of project, the most important part for me is working with people that I enjoy being around and creating projects that we can be proud of. There’s a lot of hard work that goes into every project, so it’s a great feeling when everyone on the cast/crew gets excited about the film they’re working on.

One of my favorite projects was a recent product video we did for ARRI’s new light “Orbiter”. It was a lot of fun working with a new product that’s meant for the film industry, but no one on the crew had worked with this piece of equipment yet. Working with a prototype really keeps you on your toes! Also, when the video dropped at IBC 2019 it was great to see the public reaction to this new product. If you just read the comments on ARRI’s YouTube video, it’s quite entertaining.

On our in-house ARRI Alexa Mini package we use Core SWX HyperCore Mini HC9 Batteries (Gold Mount), a Quad Charger, and Sharkfin hot swap adapter. We use our camera on a wide variety of projects from studio shoots to run-and-gun docu-style shoots and these batteries work beautifully for both. We also travel a lot with them and we’ve never had any issues with TSA, their shape and size is also convenient for squeezing into our carry-ons.

In addition to using these batteries on our own productions, we also rent out our package to other people. The batteries get a lot of use between all the projects they go out on and they have stood the test of time and really held up under rough conditions. 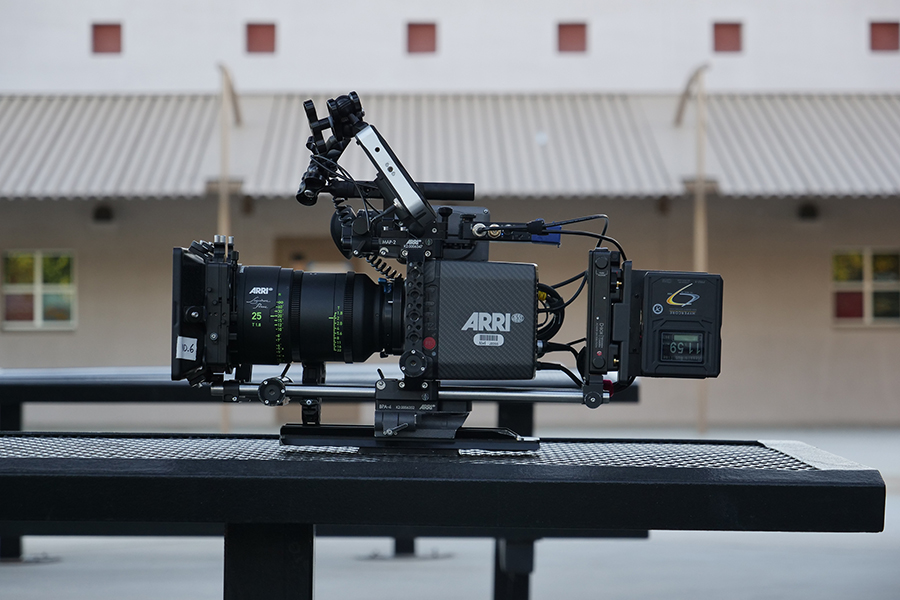 5. What upcoming projects can we look we look forward to seeing from Paxeros next?

Our goal is to exist as the crossroads between advertising, film, television, and documentary; and we’re doing just that!  Commercials and branded content have always been our bread and butter. We just signed a commercial sales rep, so we’re eager and excited to tackle some bigger projects in this realm!

Over the past year, we have been producing one feature dramedy film, Fully Realized Humans (working title), and one feature documentary, Wake Up . They are both currently being submitted to festivals and, fingers crossed, will be in the 2020 festival circuit. We’ll know closer to the end of the year or early 2020 where the premiere for each film will be. Here are the loglines for those two films:

FULLY REALIZED HUMANS – With less than a month left until the birth of their first child, Jackie

(Jess Weixler) and Elliot (Joshua Leonard) embark on a madcap journey of self-discovery in order to eradicate the inherited dysfunction of their own childhoods.

WAKE UP – After a friend’s unexpected suicide, two St. Louis college students formed a non-profit and began a nationwide journey to explore the cultural and institutional circumstances that failed their friend and 40,000+ other people each year.

We are also in development on a few TV series and other feature films, including Chelsea’s feature directorial debut. Unfortunately, I can’t get into specifics on those because of NDAs and IP rights, but when those take off it will be very exciting for our company!

I’m sure most articles and/or blogs say this at the end, but seriously follow our social media to see some BTS and hear about projects as they are released. We’re pretty active and that’s the best way to see what’s on the horizon! 🙂 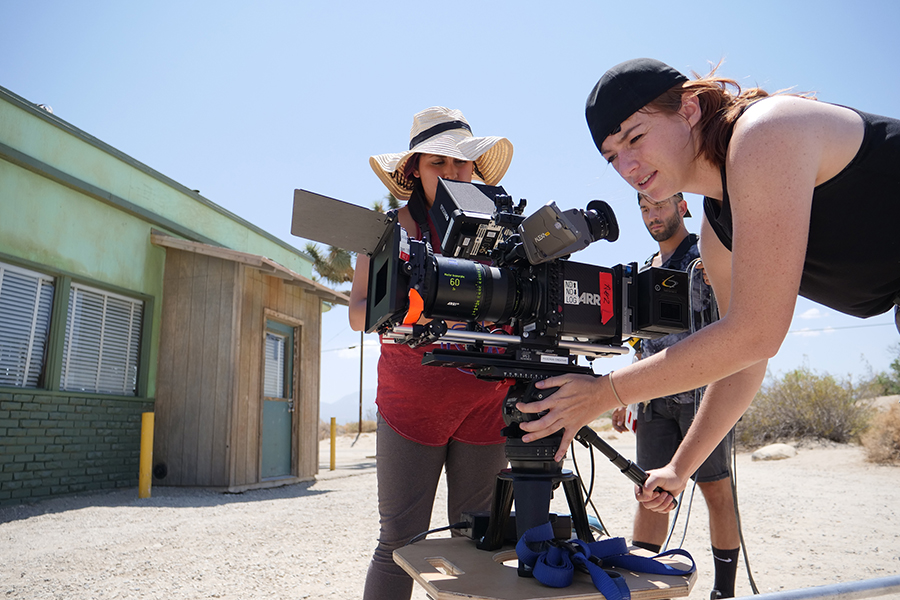