Photographer and Cinematographer, Preston Smith, didn’t originally see himself as working in this profession but he fell in love with it once he got his hands on his first entry level DSLR. Now years later, he has a successful career as he travels the world working on projects for prominent clients from Mens Warehouse, to Lowes. To stay powered up on all of his shoots with his camera and monitor, he relies on Hypercore Mini and Hypercore Slim battery packs. Read below to see how what made him buy that first camera and where it took him from there.

I first got started down this career path as a photographer. I did not go to school for photography or even have it as a hobby until 7 years ago. My wife and I had gotten our first puppy (a corgi so naturally we needed photos of it hahaha) so I had decided to get an entry DSLR Nikon D3000. My only goal was to take pics of the dog as he grew up and have a decent camera for vacations. Well that hobby quickly turned into an obsession and the obsession turned into a full time side hustle. I branched out into a couple different industries and within 5 years I left my corporate job and was running my business full time. Right about the time I left my job in 2016 the market seemed to be making a shift. Every one of my commercial clients started asking for video. Short form video content was becoming king and I could see the shift and knew I needed to make some adjustments to keep up with the markets trend. And that is when I started to make the shift into video heavy work. 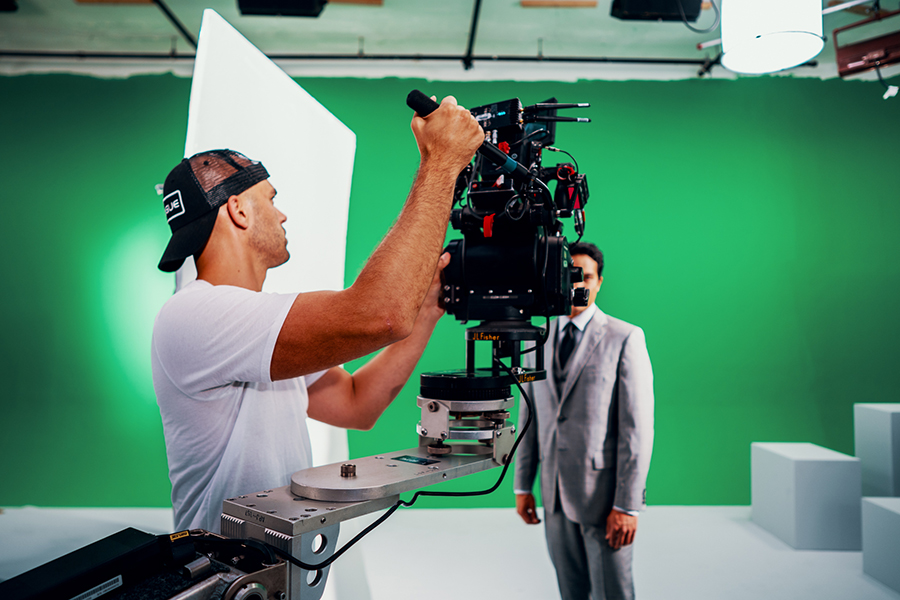 2. What was one of your most memorable projects you worked on and why?

The most memorable project was my first big video project. My good buddy Jonathan Mayfield and I are very heavily entrenched in the competitive Crossfit world. We were approached with the idea of doing a season long docuseries with Mathew Fraser who at the time was looking to defend his title as Crossfit Games Champion (He has since won 3 consecutive titles). This was a big task as it would be a 16 part series filmed over 3 separate trips. So we dove head first into the project and I bought a Sony FS5 to match the kit Jonathan had. The series was a tremendous success and really launched us to the next level. I’ve always been the kind of person to agree to do something and then figure out how to do it later. I don’t tend to overthink things and am not very risk adverse. For recent work we had the chance to shoot a mini docu series with an athlete in Iceland which was a lot of fun. This time we were equipped with a lot more knowledge and had upgraded our gear to REDs. And most recently I had my first International broadcast commercial for Mens Wearhouse air which was really cool to see.

3. Can you think of a certain production that was more challenging than others and how you overcame it?

This is a bit of a funny story. The most challenging production I can think of was a self-inflicted challenge. I had the opportunity to be the DP for a content piece for Mens Wearhouse, working with an ad agency on the shoot (EP+Co). This was my first real production shoot ever. So we decided to shoot it with the RED Epic-W Helium (having had zero experience shooting with a RED). The rental body showed up missing the side handle, no top handle, and 1 battery *face palm* So for the shoot we spend most of the time shooting with the RED hand held with no handles (which is very uncomfortable) and tethered to the wall so we don’t run out of power. The CCO of the agency was there and even asked the director “Do these guys not have any batteries.” Luckily the content turned out great, all the clients were happy, and I have since become a regular DP for them working a lot with the director from that shoot. (Shout out to RG Lacandola) But in the end you just need to be scrappy and know how to roll with the punches. Hardly any shoots go perfectly so you can’t allow mishaps to derail a production. 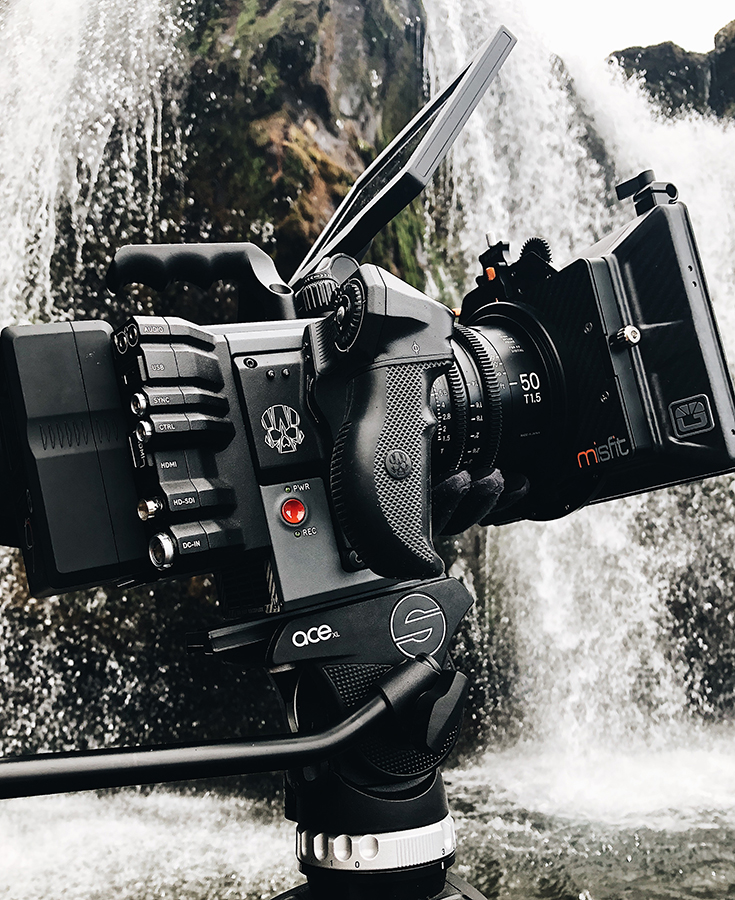 To power my RED Weapon Gemini I use four of the Hypercore Mini 98wh batteries. I love these batteries because I can get 6 hours of run time out of the 4 and with so much of my work being run and gun they work perfectly. They are small, light, and easy to travel with. Being TSA approved is a must since I am on a flight weekly.  And they don’t add a ton of weight to my camera kit so staying hand held is easy. I also utilize two of the Hypercore Slim 7 as additional power and for powering my SmallHD 701 + Teradek Director Monitor setup. It’s the perfect power supply for the monitor setup and will run all day with 1 battery.

5. What exciting projects should we look forward to seeing next?

Projects tend to pop up pretty last minute in my world, but I am doing a shoot for Lowes for the first time this week which I’m really excited about. We also have a good bit of Mens Wearhouse shoots upcoming that aren’t locked in yet but will be going sometime this month. But the big one we have is a 7 day shoot in Kauai in September, which should be epic!

Stay up-to-date with Preston on his websiteand Instagram as continues working on new projects.