Producers is a full-service production company who does it all from pre to post production for their range of clients including small to large corporations, educational institutions, broadcast networks and advertising agencies. While they’re on-set, they rely on Core SWX to power up their RED Digital Cinema cameras. After they caught our eye via BTS photos on Instagram, we reached out to get to know more about them. Continue reading to see how they got started, what they said about a challenging production, exciting new projects and more. 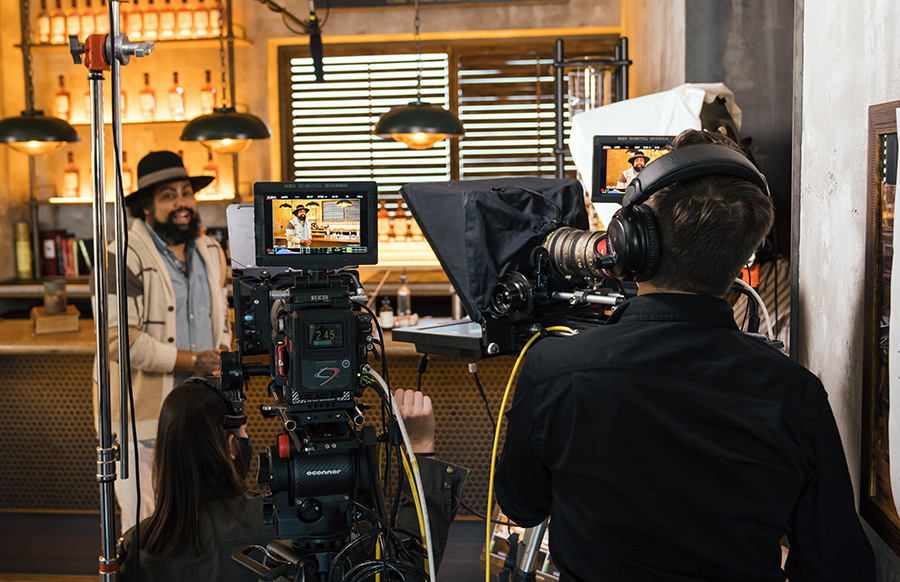 1. Please tell us about Producers and how the company got its start.

Producers has been involved in all aspects of film, video, audio, and graphics production since 1982.

The company was created to fill the need in Baltimore and the region for a comprehensive production facility that brought New York style creative and service to an underserved and thriving advertising community.

During this time we have established and maintained a stellar reputation for customer service and high quality deliverables in both the business and production communities. The company has provided concept development, production management, location and studio production, editorial and motion graphics services, audio recording and mixing services, original music production and digital distribution services to a multitude of small and large corporations, educational institutions, broadcast networks and advertising agencies.

The company designed and operates one of the most advanced production facilities in the area. Our 14,000 sq. ft. facility is located in Baltimore, Maryland where all editing, graphics, audio, and studio production takes place.

Producers’ primary client base is local, regional and national advertising agencies as well as many of the Mid-Atlantics largest and most respected corporations. 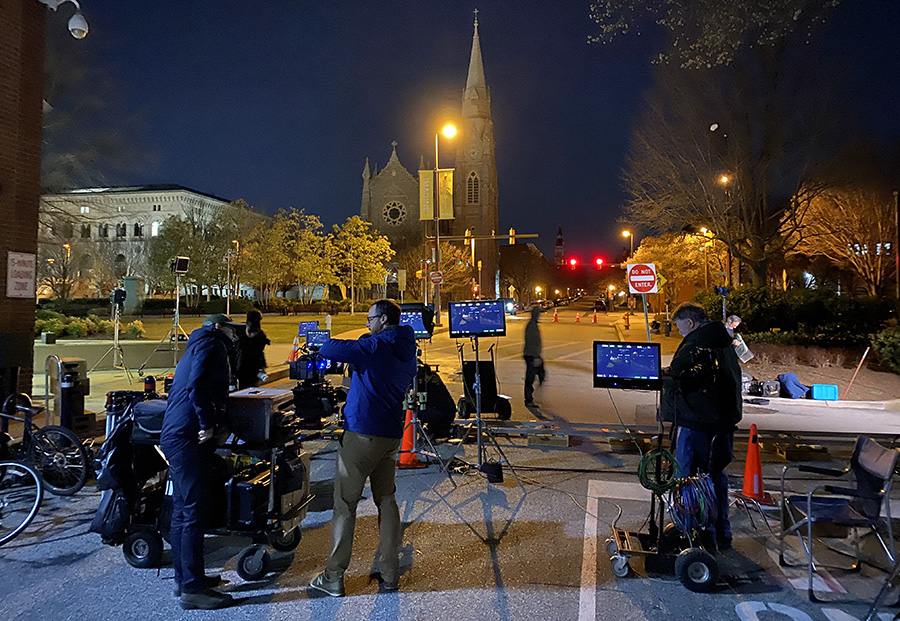 2. What is one of your most memorable projects you’ve worked on and what made it so?

We recently filmed a multi-spot campaign for the Central Atlantic Toyota dealers in partnership with our long-time agency client 186 Advertising. We helped to develop the creative and produce the demo spot that won a creative shoot out. Filming took place around the Mid-Atlantic with night shoots, day shoots and many on-camera performers. We had intense macro shots, interior driving shots, car-to-car filming and many big lighting set-ups. All went off smoothly and the final edit results with the original music score really made for a memorable campaign that the client still talks about today.

We filmed a beautiful commercial for a client at 11,000 feet near Vail, Colorado that had many production challenges. Our team had scouted on snowmobiles an open tree lined meadow where we were setting up a quarterback challenge course. We planned our shoot, set markers for the art department to build the set pieces and planned out the filming schedule. Then mother nature dropped several feet of snow on the area and we waited for Vail Pass to open back up so we could get back up the mountain and film our commercial.

Using snow cats and an army of snowmobiles we got all the gear and crew up to our location. Of course, all our set markers were buried under the new snow so we improvised and did what good production teams do; we got to work and made it happen. Just moving around through the altitude was difficult enough, but add to it knee deep snow, frigid temps and you have the makings of a very tough day. Looking back on the day, it was actually an awesome shoot with beautiful results. Great crew and great gear!

PRODUCERS relies on the Core SWX 98Wh Hypercore 9 Mini Lithium-Ion Battery Pack for RED DSMC and DSMC2 – V-Mount. We have 8 of these batteries as well as the charger for them. Having intelligent batteries that interface with the RED DSMC2 is critical to ensuring a safe shutdown so that no footage is lost.

The large screen on the rear of the battery allows ACs to easily identify how much time they have between needing to swap batteries and provides confidence for solo operators. The form factor of these batteries fit well with the RED body, keeping it mobile and easy to operate even when multiple batteries are attached with a Shark fin. Not only does the size keep our kits compact, but since the batteries are below 100Wh, which is where FAA regulations on battery sizes kick-in, we are also able to take as many as we can fit into our carry-on bags while flying to a location.

Another feature we like is that the batteries can be turned off so that they can be stored without unwanted discharge. The Core SWX have never let us down and have helped to keep us rolling on set. 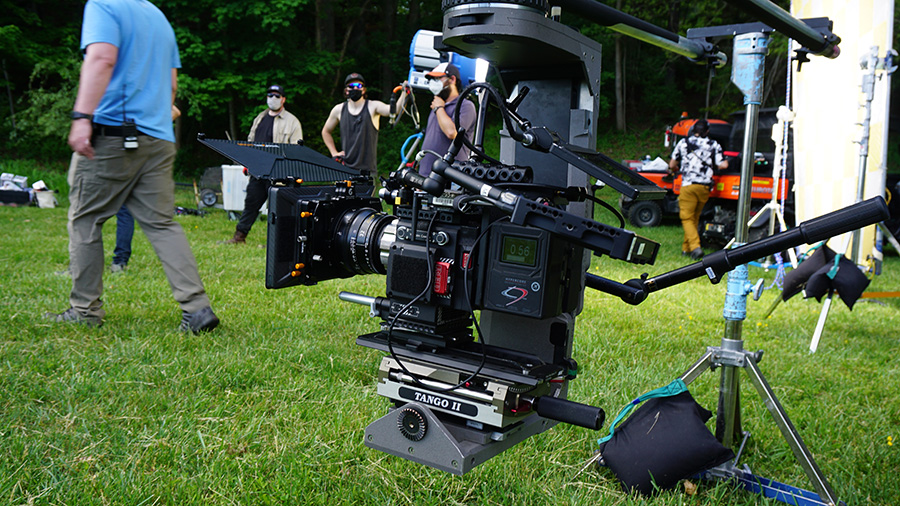 5. Do you have any exciting project releases coming up that we can keep an eye out for?

We have a new series of Central Atlantic Toyota spots coming out in the fall. They are an aggressive take on the Toyota Truck line. We also have a huge construction project we are creating a video for that is still in production; but from the shots we’ve reviewed so far, we’ve captured some incredible and dynamic footage which will help this to be a really great piece.