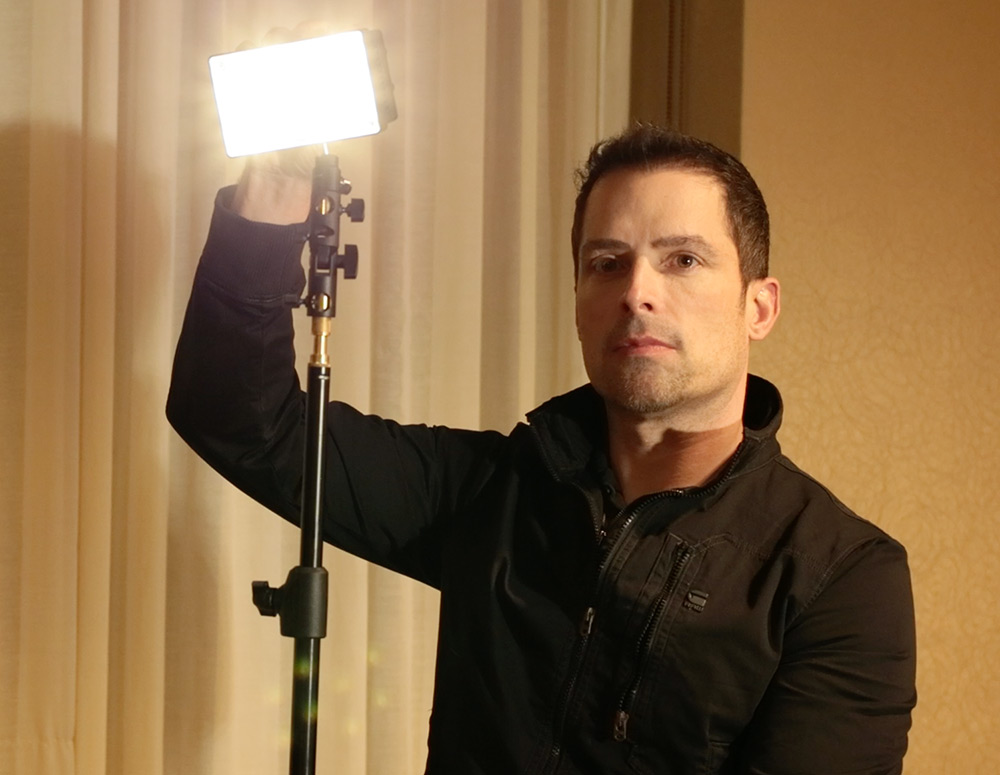 World renowned wedding cinematographer, Ray Roman, films high profile weddings including those for star athletes and royals, and received the award of Top 25 Hottest and Most Influential Studios by EventDV Magazine. Core SWX and Ray connected after it was discovered that Ray relies on TorchLED Bolts(220 and 220R models) for his productions. He was thrilled when we asked if we can produce “Client Spotlight” on him because he’s a huge fan of the Bolt. He told us it’s the most versatile light he’s ever found for event filmmaking.

Surprisingly, Ray originally didn’t see wedding cinematography being his career path. He used to be a police detective who was part of the department’s SWAT team, until one day he discovered video editing. He became obsessed with the fact he could make mini-movies with his children’s home videos. Then one day, Ray’s coworker asked him to film his nuptials, which is when Ray discovered the world of wedding cinematography.

When Ray first discovered this new career, he started off filming weddings in people’s backyards. After putting in timeless hours perfecting his craft, he is blessed to travel all over the world doing what he loves. His favorite place to film weddings is Europe. He’s loved each experience whether it was in Greece, Spain, South France, or Italy. Two places he’s yet to cover, but hopes to are Ireland and New Zealand because of the beautiful picturesque backdrops.

A typical wedding day for Ray filming is always filled with lots of challenges, high expectations, hard work, and backaches (can’t forget about those!).  He loves to capture as many raw/natural candid emotions as he can. He shoots with Canan 1DC and Canon 5D Mark III, and uses the TorchLED Bolt 220R to deal with any challenging light situation since it can be used indoors or outdoors, offering both daylight and tungsten light. He also loves that “It’s small, packs a powerful punch and emits a beautiful soft light.” Then adding the dimmer and remote control, he said it’s a no-brainer for their team.

Although Ray is already very successful, there’s always room to learn more. He wants to keep evolving and continue perfecting his craft. He’d like to focus more time on corporate and commercial projects, but the bride’s always tend to take up all of his time. He said he’ll enjoy whatever the rest of his journey will bring for the next 8 years before he’ll sail off into the sunset.

If you’d like to learn how to be a talented cinematographer like Ray, attend one of his workshops on the Capture Cinematic Wedding tour which is happening now throughout the U.S. and Canada.