Ottawa-based Skytography is a premier photo and cinematography company founded by James Ramsay.  They caught our eye after posting some incredible stills on Instagram and we came to find out they are big fans of Core SWX battery gear.  Below you’ll find more information on some of their most memorable projects, as well as some advice to aspiring cinematographers.  And don’t forget to tag us on social media to possibly be next in line to be featured in our client spotlight.

My name is James Ramsay. I’m a self-taught cinematographer/photographer from Ottawa, Canada. I’ve been in the cinematography field for about 5 years now. Prior to cinematography I was a hockey enforcer in the Ontario hockey league for the Plymouth Whalers and Sarnia Sting. Becoming a cinematographer came out of nowhere for me. I have no background or education in filmmaking. I’ve always had a deep love and respect for the arts and film but never had any desire to pursue a career in it.

About 5 years ago I bought a drone for fun and posted some raw footage on my Facebook page. From that post I received several people reach out to me asking me to come take pictures of their property, golf course, farm etc… Keep in mind this is when drones first became mainstream and popular. I was caught off guard by all the attention it got and also saw an opportunity to start an aerial cinematography business. From then on YouTube became my best friend. I watched tutorial after tutorial on everything from photography, composition, editing and everything in between. I became obsessed with wanting to get better at cinematography. My love for the arts grew quickly from this obsession and it continues to grow to this day. I love the fact that anyone with access to the internet can go online and if they want it bad enough can learn how to do just about anything. Granted watching a few tutorials isn’t going to make you a filmmaker but there is a lot online available for free for people to learn from. It’s your drive and willingness to learn that will determine your success. 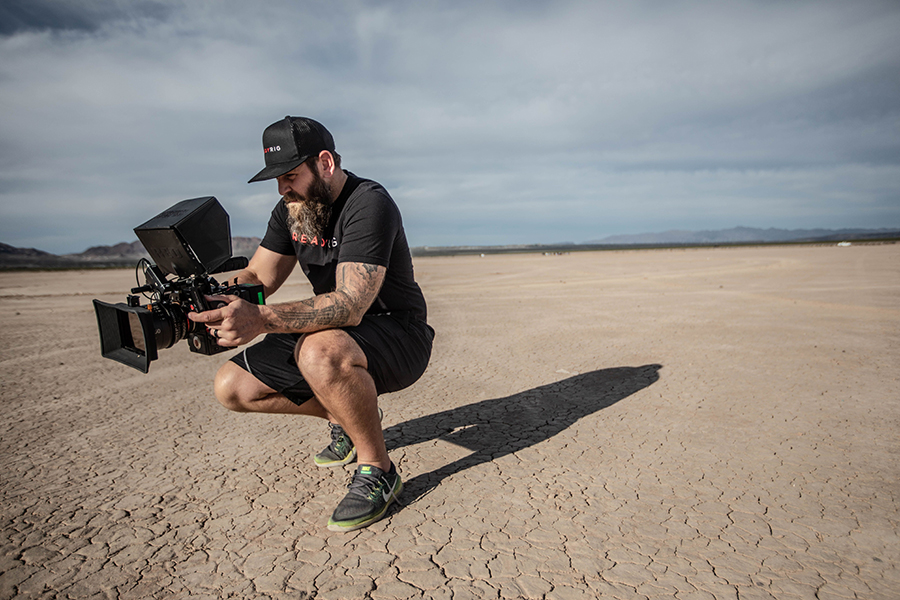 2. What is one of the most memorable projects you’ve worked on and why?

I’ve been really lucky so far in my cinematography career. It would be tough to pick one project that stood out more than the other. I’ve done several shoots for a company called Roam adventures and those shoots have changed my life. I really hadn’t seen much of the world prior to filming for ROAM. Since my first gig with them which was an 8 day white water rafting trip in British Columbia, I’ve been everywhere from Africa, Morocco, Galapagos, Belize, Chile, Alaska (to name a few places) filming different high end adventure trips for them. These shoots have really opened my eyes to living in the moment, the necessity for more animal rights advocacy and just how amazing this planet really is. Another memorable project was filming a McLaren supercar shoot in the Las Vegas mountains with my good friend and filming partner Cam McKinlay from Distinct Visuals (who is the reason why I use Core SWX). Cam organized a RED user group buy for Core SWX batteries. We met via Instagram after I saw some of his amazing work I reached out to him and we ended up becoming great friends. We film together as much as possible. I think it’s really important for cinematographers to have a good filming partner who you can bounce ideas off of or run things by before committing to anything. I’m lucky cause Cam’s as good as they get.

3. What advice would you give to an aspiring cinematographer?

Be willing to learn every time you turn the camera on especially when you get the opportunity to work with other cinematographers. Be a sponge. Listen more talk less. Do it cause you love it and no other reason. Once you get your bearings the best advice I can give is the same thing I learnt from my favourite cinematographer Mark Toia. He told me that your content will always be king. Meaning no matter how great your image looks or what gear you use or what kind of special FX you added into your shots, your story is your foundation and if your foundation isn’t stable the rest of the house will come falling down. But most of all… STAY HUMBLE. I also recently read a twitter thread from Christopher McQuarrie (Oscar winning writer/director). I loved the honesty in it. I’ll post it here. https://twitter.com/chrismcquarrie/status/1187023381251670017

4. What Core SWX power solutions do you use and how are they beneficial to your productions?

Core SWX power solutions has been a Godsend for me. I use the Hypercore 9 Mini Red V-mount batteries on my RED Gemini. Coming from using the RED brick batteries, the Core 9 mini’s made a huge difference. Not only are they about a pound lighter (that’s a big difference for a battery) but their smaller and sit flush with my camera build. They also have an LCD screen on the back of the battery telling you exactly how much runtime you have left so you never have to guess on set. Another great feature is the fact that they are safe to fly with when you bring them in your carry-on luggage. That’s a huge advantage for someone who films all over the map. They’re built to last and can take a beating. We need tough gear and Core SWX checks that box for me. 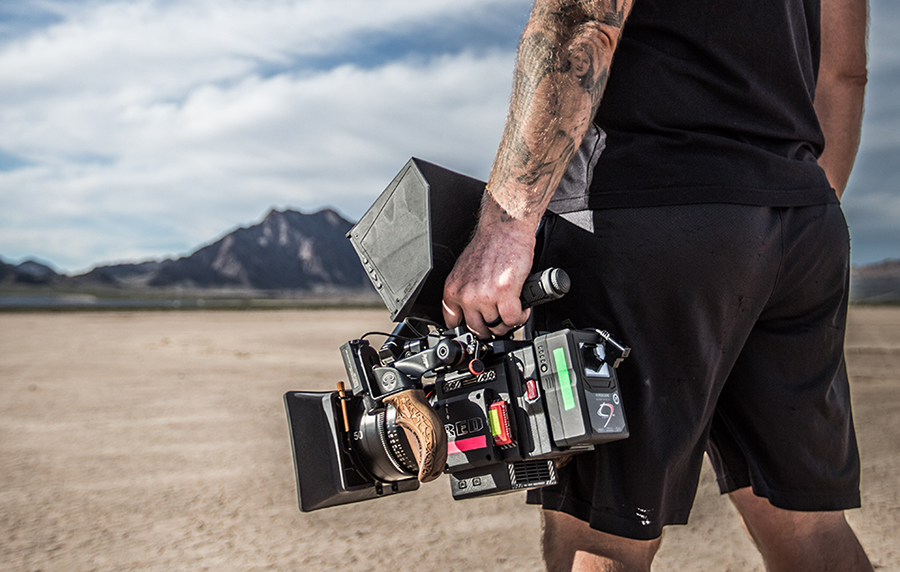 5. What exciting new projects can we look forward to seeing next?

There are a few projects coming up that I’m really excited about. I’ll be heading to Argentina and Switzerland to shoot a couple luxury travel videos over the next few months. I’m also taking some time in 2020 to produce/shoot and Direct my short film I’ve been working on for the last 3 years.  I keep pushing it off to take on other contracts so I think it’s about time I take some “me time” and do complete this passion project.

Just wanted to thank you guys for giving me this opportunity not only to tell my story but also to hopefully reach out to some others who may not be sure if they have what it takes to be cinematographer. Starting from nothing is always difficult but I hope some people who read this will see that it is doable… And it’s FUN!

It’s a humbling feeling when you start getting recognition from legitimate companies in our industry. I’m honoured.