Camera and Steadicam Operator, Tom Wills, has an extensive list of productions he’s worked on ranging from prominent shows such as SNL, to music videos with various artists, feature films, and commercials. For the past 5 years, he’s been relying on Core SWX battery packs from the original Hypercore 98’s, to the new NEO 150’s to power his rig while operating on-set. Continue reading below to see more about what Tom has said about his career, advice he has for aspiring Steadicam operators and more. 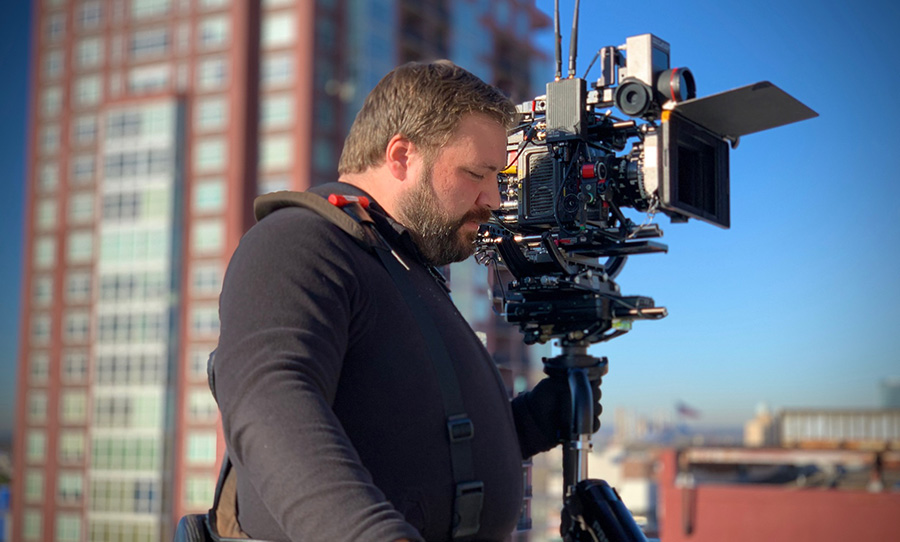 1. Tell us a bit about yourself and your career.

I’m Tom Wills, SOC. I’m a Camera and Steadicam Operator, and I’ve been working as an operator for the past 10 years. My work has ranged from commercials (where I got my start) to television and film at all levels. I’ve been an A Camera/Steadicam Operator for the Saturday Night Live Film Unit and Beast Unit for the past 6 seasons (we make the pre-taped “digital shorts” and fake commercials), and I’ve operated on many other TV shows, including Dispatches from Elsewhere (AMC), The Good Fight (CBS), and The Marvelous Mrs. Maisel (Amazon). I’ve also worked on music videos for artists like Jennifer Lopez and Joey Bada$$, and commercials for Ford, Maybelline, Ralph Lauren, and 1800 Tequila. It’s been a wild ride, and I’ve been incredibly lucky to work with some really incredible people both behind and in front of the camera!

2. What would you say is one the most memorable projects you’ve worked on and why?

I’d say one of the most memorable projects was my time on Dispatches from Elsewhere. I was brought in as the A Camera/Steadicam Operator, and I got to helm the camera department through 3 different DPs during our season, and I also felt that I was a bit of a constant in the look of the show as we changed directors episode-to-episode. Our DPs (Jakob Ihre FSF, DJ Stipsen NZCS, and Glenn Brown) were fantastic, and allowed me a lot of input in the camera movement and composition, which I always appreciate.

The show had an incredibly intense visual style, with a codified set of “rules” that we played by – ranging from rules about headroom and camera height to rules about which lenses we’d use when, and that made my job as a camera operator much more a part of the story than it sometimes is on a lot of more traditionally shot television shows.

I also had a wonderful time getting close with the cast. A good camera operator has to work closely with the cast, always finding ways to make the shot work, and I was extremely lucky to have a cast that was very amenable to working with me to make some incredibly cool shots possible!

3. What advice would you give to an aspiring Steadicam operator?

The first piece of advice I’d give to any up and coming operator is to become a good camera operator too, and get as much practice doing conventional camera operating as you can. In these days where more and more DPs want to operate their own cameras, being a Steadicam Operator is often a really good way to get you on a job, as that’s something most DPs can’t do! But what will keep you employed long term, and allow you to step up in your caliber of jobs, is your regular camera operating. Your overall operating skills and the way you manage a set will allow you to be useful to a DP and director (and producer) as more than just a one trick pony!

I’d also say that it’s important to remember how much of our job is about on-set politics. Especially as I’ve gone from being mostly someone hired just as a Steadicam operator to being someone hired for full runs of show as the A Camera operator, I’d say more of my job is about set politics, orchestrating many people working in concert around me, and managing time and expectations than it is about the nuts and bolts of operating. And even more importantly, a very difficult shot can often be made much simpler, or much easier to nail with the right support and help from others! 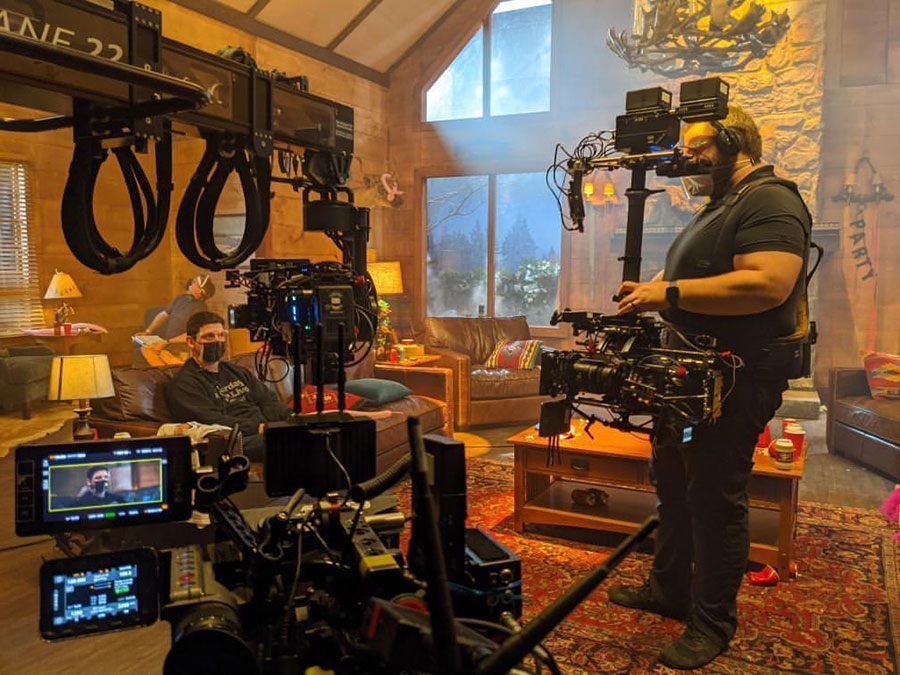 4. What Core SWX equipment do you rely on and how are they beneficial to your productions?

I’ve been a customer of Core SWX since 2016, and since then I’ve probably purchased 30 batteries from you fine folks! I currently run NEO 150s on my Steadicam, and I use old Hypercore 98s to power accessories and monitors. Core batteries have always had a great bang-for-the-buck, and I’m super impressed with these NEO 150s. They pack a lot of power into a small, relatively light case, which means less battery changes on Steadicam. I’m a fan!

5. Are there any exciting projects you’re working on that we should keep an eye out for?

I’m currently working as the A Camera/Steadicam Operator on a film called Goodnight Mommy, which should be pretty wonderful, and look gorgeous!

Stay connected with Tom by following him on Instagram and check out some of his work on his website.