With the anticipated new Blackmagic Design (BMD) Pocket 4K camera, everyone has been online looking for photos and footage from the first ones out on the field which is how Yonder Blue Films started to catch our eyes even more. Yonder Blue Films received a prototype from BMD back in the beginning of September to film a video for them and although the Powerbase Edge is the most compact solution for that camera, Yonder Blue Films decided to rely on Hypercore Mini battery packs that they already had for their Ursa Mini Pro. After checking out more of Yonder Blue Films work online, we reached out and got a chance to speak to the Founder, Producer and Director of the company, Benjamin Rowland. 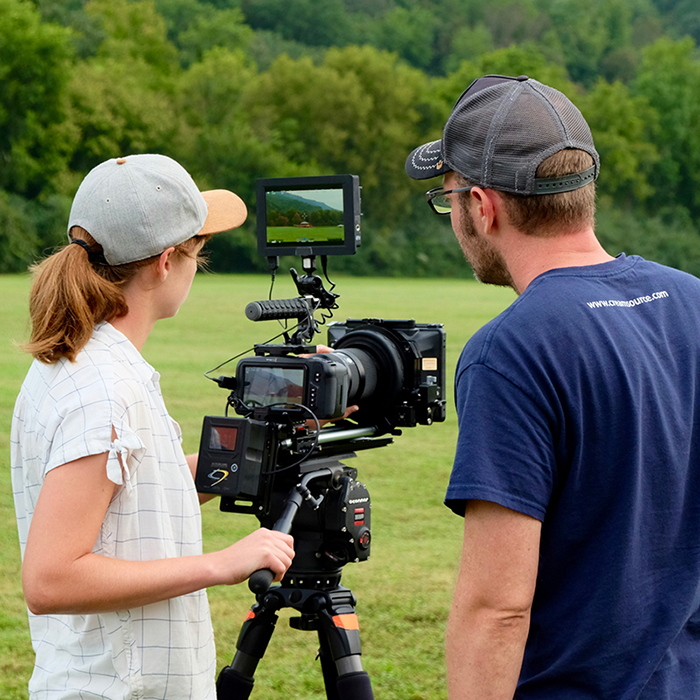 1. Tell us a little bit about Yonder Blue Films how the company got its start.

I founded Yonder Blue Films over 6 years ago after a long stint in TV, ending with working on a national TV show that aired on NBC Sports. I worked as a Post Supervisor and one of the Producers for 8 of the 9 seasons. Before that I had served as the director for a regional TV show.

I knew I was ready to forge ahead and start a company of my own. Originally, Yonder Blue Films provided mostly aerial services to productions like “Insurgent” and “Dumb and Dumber To”. Over recent years I’ve consciously evolved the company into a more traditional production company because I wanted to get back to focusing more time on directing.

2. What is your primary focus for productions?

For most of our current clients, we are a full service provider for their video productions, and provide experienced crew and the resources necessary to accomplish their goals. We take their idea from pre-production through post-production where the end result can be a high-end video for their website, a broadcast commercial, and sometimes even a 2 page spread in a popular magazine (a couple of our clients have had us shoot still photography for them as well). And we have been fortunate to work with many great clients for several years, as well as bring on new ones along the way.

3. What was one of your most memorable projects you worked on and why?

Two spring to mind. The first was early in the history of Yonder Blue Films. We provided aerial shots, mostly for stunts, on the film “Insurgent”. We ended up with 6 shots in the trailer and 20+ shots in the finished film, which got us into American Cinematographer magazine. As a long time subscriber, that was very exciting.

The second is our most recent project. Blackmagic Design asked us to film a project with their new Pocket 4K. We could choose our subject matter, but we had a fairly short window of time. My wife suggested hang gliding, so I reached out to a very popular hang gliding school that happens to be nearby. A few days later we were on top of a mountain with a prototype camera. Our DP on the project got a quick 10 minute run through on the camera from me, and we set off on a very fun and ambitious project. The crew learned a lot about the camera and hang gliding in the process, and even though the production was only a couple of days, it was quite a memorable couple of days for everyone involved. Everyone got a chance to fly after we wrapped – we try to keep projects fun.
Main video: https://vimeo.com/yonderbluefilms/pocket4k
Behind the scenes video: https://vimeo.com/yonderbluefilms/pocket4kbts

4. What Core SWX do you use and how is it beneficial to your productions?

We use the Hypercore 9 Mini batteries (3-stud) with the Fleet charger. These batteries have proven to be reliable in extreme conditions – weather conditions and amp draw. And the charger keeps us ready with its ability to charge 4 batteries very quickly. We mostly use them on our Ursa Mini Pro and our Creamsource LED lights. Knowing how much time remains in the battery has been a feature that has helped us to be very efficient and never miss a shot.

5. What exciting projects can we look forward to seeing next from Yonder Blue Films?

Along with continuing to grow our client base, we have just started to branch out into developing our own feature length projects. After working on others, it’s time to start producing our own. And we plan to see those projects streamed into living rooms in the coming years. Ambitious? Absolutely. But it has worked for us so far.

Stay connected with Yonder Blue Films by following them on Instagram and Vimeo.