Zach Trinca is a New York based Cinematographer, Producer and Editor who mainly specializes in documentary style cinematography within the sports industry. Although based in NY, he travels the world with his Sony FS7 and Hypercore batteries to do what he loves.  He recently worked on a piece in Oakland, CA showcasing Steph Curry and soon he will be headed to the Winter Olympics in South Korea. Get more of an inside look into what Zach said about his career below.

My parents are both professional photographers so I grew up around cameras and imagery. However, it wasn’t until I got my first video camera and starting filming my friends playing paintball that I fell in love with filming.

In college I was part of a program that focused mainly on the engineering side of film and video, but I knew that I wanted to be behind the camera so I took all the shooting classes I could. This ended up getting me basically kicked out of the film school (no joke). My one saving grace was that I was a part of the mostly student run sports magazine show. I had a camera in my hand week in and week out; this was where I cut my teeth as a shooter in variety of different production situations. Looking back it was an invaluable experience.

Out of college I landed a full-time gig in the promo department of a small sports network. That afforded me the opportunity to learn the ins-and-outs of the promo and network world. Then at the beginning of 2017 I went to freelance as a cinematographer and haven’t looked back since. It was without a doubt the busiest year of my life shooting for a variety of clients. I wouldn’t have had it any other way! 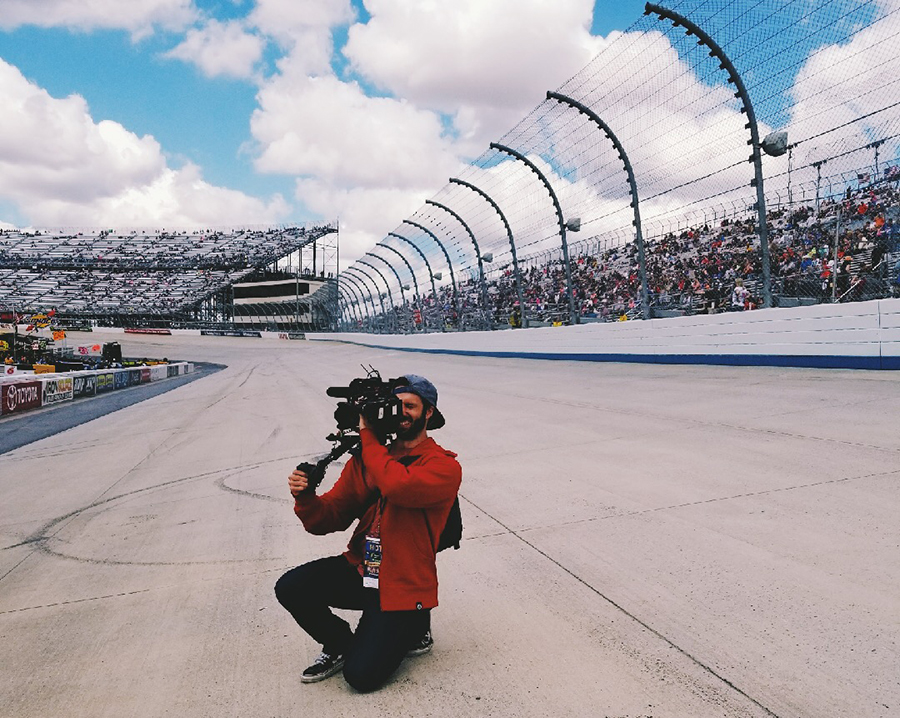 2. If you had to choose one project as your most memorable so far, which one would it be and why?

I just recently did a shoot with Steph Curry of the Golden State Warriors in the NBA. It was memorable not only because Steph is a basketball superstar, but there were some unique challenges in terms of the production and schedule.

It was a feel-good piece with Steph giving away his new shoes to young basketball players around Oakland. Having 4 or 5 un-scouted locations throughout the day meant we were constantly on the move, adapting to our surroundings. It was a very run-and-gun style shoot, but we didn’t want the final piece to feel run-and-gun. Which is a challenge with only a 2 man crew, a second shooter (shout-out to Ryan O’Donnell) and myself. I feel like it’s a battle you’re constantly fighting in the documentary/non-fiction world, maintaining a high production value vs production practicality.

Creatively I love being thrown into these situations, it forces you to plan ahead, think fast, and make decisions quickly. For me as a cinematographer, as things are unfolding in real time I start to see creative angles and shots. There’s nothing better than having your head buried in the viewfinder knowing you caught that fleeting moment exactly how you pictured it.

Overall the shoot went very well and I was really happy with how the final piece came out, it can be found on Steph Curry’s Facebook page. 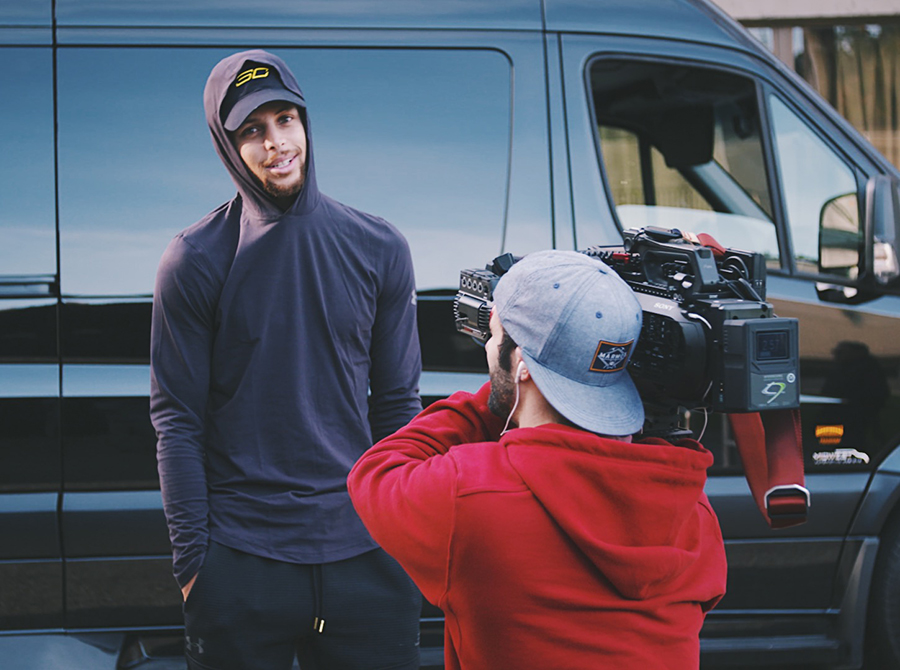 Research, research, research. Since most of my work right now falls into the documentary realm, sometimes shoots can be unpredictable. But I’ve found that the more research I can do on the person, place, or subject that we’re covering; the better I can think ahead to get shots that lend themselves to telling the story in the best way possible.

I’m also starting to pull more and more reference images to help convey certain aspects of the production such as lighting, color, or composition. There’s so much beautiful work out there whether it’s on Netflix or Instagram, It’s a really inspiring and motivating time to be a cinematographer. So part of the creative process for me is just being mindful when I’m watching good content.

I use the HC9 Mini’s along with the Hypercore 150’s to power my FS7 via the Core SWX V-mount plate. There are a lot of v-mount plates for the FS7 on the market but I decided to go with Core SWX for a few reasons. It not only screws into the top of the FS7 but also locks into the battery compartment providing an extremely secure connection to the camera. It also sits relatively close to the back of the camera body. That combined with the small profile of the HC9 Mini’s makes for a great compact powering solution.

For those with an FS7 both the HC9 Mini’s and HC150’s do a great job at balancing the rig on the shoulder. I was even surprised when I pulled the camera off my shoulder to get a low angle shot, the added mass helped to smooth out any movement.

What a relief it is to be able to power the camera, viewfinder, external monitor, and wireless audio receiver off of one battery. This is especially important when I’m running around with an athlete or at a sporting event where things are moving extremely fast. It really allows you to focus on being creative and capturing moments when you’re not worried about 4 different battery levels.

Oh and I almost forgot to mention, I love that I can power my LED lights off of the HC9 Mini’s because of their 12 amp output!

5. Aside from your achievements and accomplishments so far, do you have more you’re working towards for the future?

2018 is already shaping up to be a big year. I’m currently prepping to go to the Winter Olympics in South Korea, for what will probably be a whirlwind of a month. I’m really excited and feel extremely lucky to be given the opportunity to shoot content at the Olympics.

I believe in being patient, putting in the work, and capitalizing on opportunities. Eventually the goal is to move into more commercial work as a director of photography. With that said I’m looking forward to continuing to learn and working with more talented people in 2018!

Keep in touch with Zach’s upcoming adventure to South Korea for the Winter Olympics as well as many others this year by following him on Instagram.